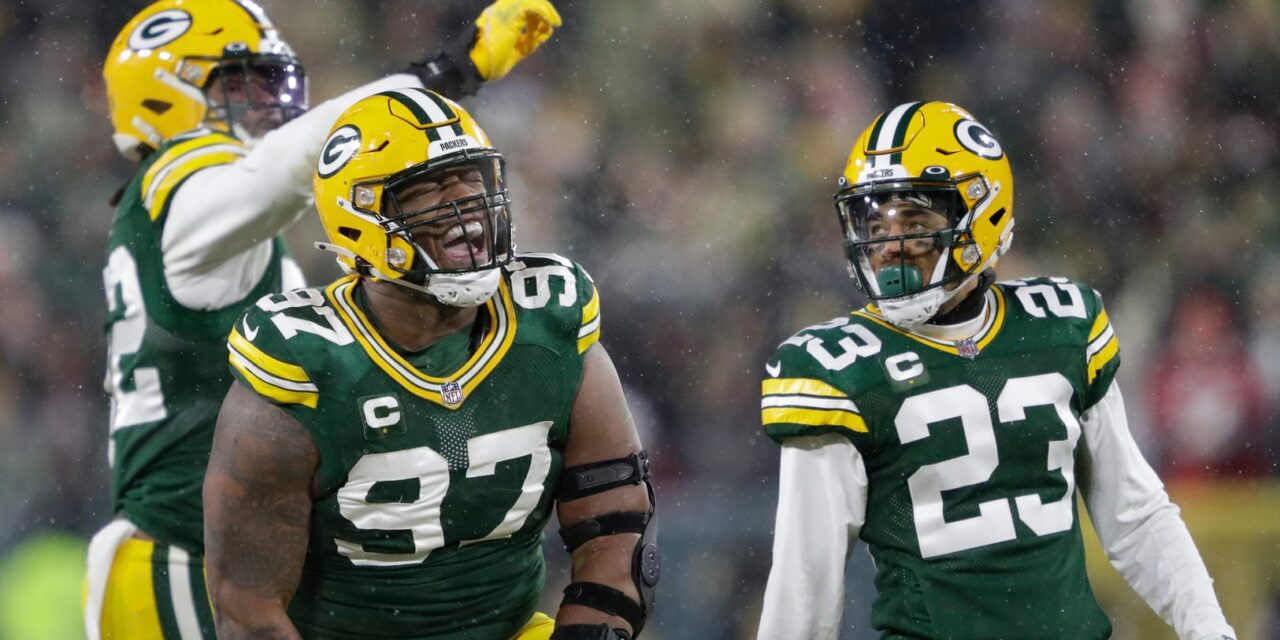 The Green Bay Packers run defense continues to struggle. Last Sunday, the Packers went up against the Buffalo Bills, a team that had difficulty running the football all season long so much so that entering the game, their quarterback was their leading rusher. Yet the Green Bay defense stumbled again against the run, allowing 153 yards on the ground on 27 carries, a poor 5.7-yard average.

The poor run defense has prevented the Packers from getting back into games they have trailed. The offense’s lack of productivity has helped tire out the defense and late in games, when they need to make big stops, they have not been able to get them.

The Packers defense has six former first-round picks starting in their starting lineup (and a seventh in Devonte Wyatt available off the bench). They have former All Pro or Pro Bowl players along the defensive line (Kenny Clark) at linebacker (De’Vondre Campbell) and in the secondary (Jaire Alexander), but they have yet to figure out how to stop opponents, even mediocre opponents, from picking up large gains on the ground.

There are multiple reasons for the defense’s continuing struggles against the run. First is the team’s overall defensive philosophy under defensive coordinator Joe Barry. The defense emphasizes stopping the pass first and stopping the run is secondary. This is not a problem by itself, but the team’s lack of ability to stop the run has been so bad, they are giving up chunk plays on the ground rather than through the air.

On Sunday against Buffalo, the Bills mediocre running game continued to gain five or more yards per carry with regularity. Running back Devin Singletary had a 30 yard run, quarterback Josh Allen had a long run of 20. The big gains came with regularity.

It’s OK for a defense to place a higher emphasis on stopping the pass. In fact, in the modern NFL, it makes the most sense to emphasize preventing big plays and containing the ariel attack first in a pass-oriented league. But the defense cannot be so bad against the run that the big plays it is designed to prevent happen on the ground instead of through the air.

Unfortunately, every unit of the Packers defense has had difficulty stopping opposing teams from running the football. The problem has been ongoing throughout the entire season and throughout the lineup.

The defensive line has been having problems getting moved back at the line of scrimmage. None of the Packers interior defensive linemen have outstanding run grades on Pro Football Focus. Jarran Reed, Dean Lowry, T.J. Slaton and Clark have all been pushed back too often at the point of attack.

The linebackers have also struggled. De’Vondre Campbell missed more tackles in the first four games of this year than he did all last season. He has been playing better in recent weeks although he suffered a knee injury against the Bills. We still don’t know the seriousness of the injury.

Quay Walker has had trouble reading running plays and taking the proper angles to the ball. He makes many of his tackles far downfield after gains have already been accomplished. He is still learning the defense and his role in it. Right now, his run grade on PFF is poor.

Rashan Gary is an outstanding edge rusher, but he has trouble keeping contain on the edge against the run. Too often, he is out of position and runners pick up big gains by moving through the area vacated by Gary. He needs to improve in this area.

In the secondary, Darnell Savage and Eric Stokes have also had issues with tackling and playing the run. Savage looked afraid to tackle Allen on a running play that got the Bills deep in Packers territory and set up a score.

Savage looked like a potential Pro Bowl player in the second half of the 2020 season but has never recaptured the elite level of play he showed at that time. His game fell off in 2021 and seems to have gotten even worse this season.

The combination of being pushed back at the line of scrimmage, a failure to hold contain on the edge, poor tackling and a de-emphasis on stopping the run have combined to make the Packers run defense a serious liability.

The run defense does not need to become elite, but it does need to become stabilized. Even an average run defense coupled with a strong pass defense would be enough for the Packers to improve significantly. But first, they must find a way to get better against the run before the season officially slips away.