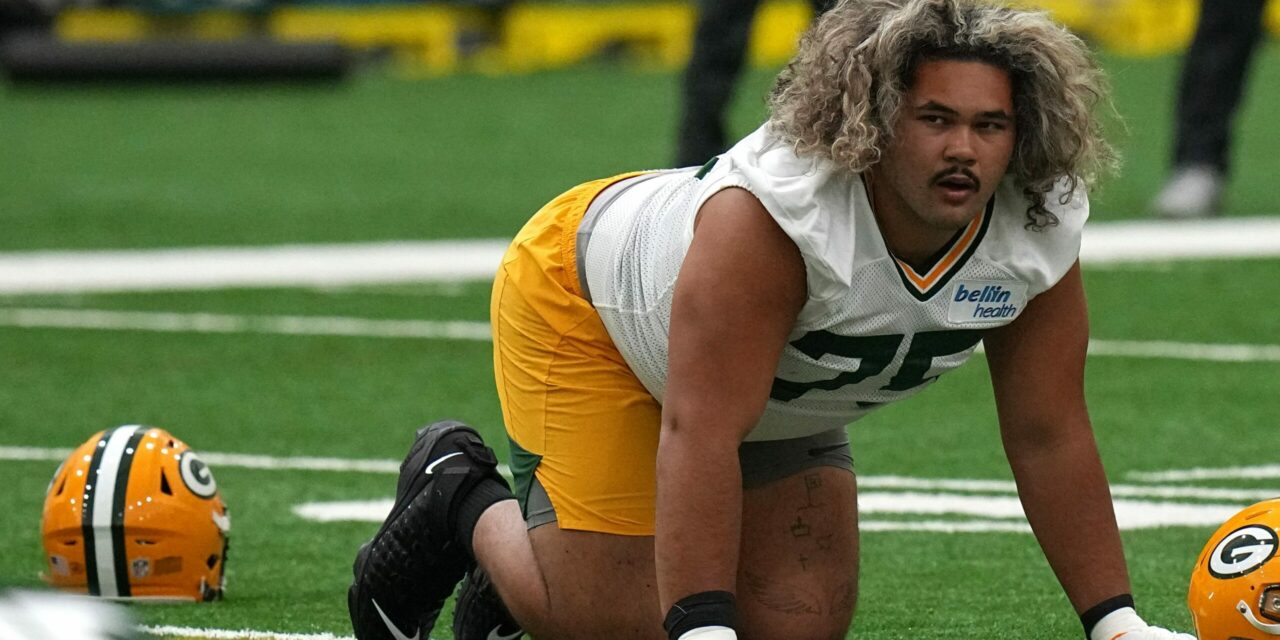 In 2022, the Packers used their third round pick on offensive lineman Sean Rhyan out of UCLA. Rhyan was the 92nd overall pick in the draft.

Will Rhyan be able to end the Packers recent third-round jinx?

It’s been a problem for the Packers for several seasons. The last Packers third-round pick who could be considered a real impact player for the team was defensive back Morgan Burnett back in 2010.

While Brian Gutekunst has had plenty success in the draft since taking over as GM in 2018, the third round has been a struggle. In 2018, the Packers traded up to select ILB Oren Burks. Injuries slowed Burks’ progress in his first two preseasons and he never became a starter on defense. He did become a regular contributor on special teams but never became a contributor on defense let alone a starter and never realized his potential.

In 2019, the Packers selected tight end Jace Sternberger in the third round. Sternberger missed most of his rookie season with an injury and didn’t catch a pass in the regular season. The following year, the Texas A&M alum caught 12 passes for 114 yards and one touchdown. He was suspended for the first two games of the 2021 season and then released when the suspension ended.

It is too soon to accurately judge the 2020 and 2021 third-round picks but neither of them has made a large impact just yet. Tight end Josiah Deguara played only two games in his first season before an injury ended his rookie year and then caught 25 passes for 245 yards and two touchdowns in 2021. He took over as the team’s primary receiving tight end after Robert Tonyan was injured midseason. The Packers expect more from Deguara in 2022.

The Packers added wide receiver Amari Rodgers in the third round in 2021. Rodgers struggled on punt returns and had trouble fielding punts and holding on to the ball. He didn’t see the field much as a receiver when the Pack reacquired veteran Randall Cobb at the behest of Aaron Rodgers during the preseason. Amari Rodgers caught four passes for 45 yards last season. The Packers are hoping Amari Rodgers can make a second-year jump.

Unfortunately, the third-round struggles existed before Gutekunst took over as GM. Defensive lineman Montravius Adams never lived up to his potential. Players like Alex Green and Khyri Thornton had their careers derailed by injuries. Players like Ty Montgomery and Kyler Fackrell had their moments as useful role players but never became established themselves as starters or stars.

This year, Rhyan will have a chance to end this slump. The former UCLA product played left tackle in college but is likely to move to guard in the NFL. The big reason for the potential switch is that Rhyan lacks the ideal arm length scouts prefer for tackles. He did start 31 games for the Bruins at left tackle.

Rhyan has a thick lower body and uses his hands well to battle with defenders.

Another reason Rhyan figures to be moved to guard is his ability to block on the second level on sweeps and screen passes. He can block linebackers and defensive backs and pull on plays that are designed to go to the outside.

As a pass blocker, Rhyan mirrored well and did a good job anchoring against bull rushers but he tended to struggle against elite and speedy rushers coming off the edge. This is another reason he should be better suited to playing inside in the pros.

If he is moved to guard as expected, Rhyan would be fighting with Jon Runyan, Jr. and Royce Newman for the two starting jobs at the position. It would also make it easier for the Packers to move Elgton Jenkins to right tackle once the former Pro Bowler returns from the knee injury that ended his 2021 season in November.

Because he played tackle in college, Rhyan would also provide the Packers with the versatility the team seeks along the offensive line. In an emergency, he could play tackle although he would be better suited to playing the right side than the left to limit his exposure on the edge.

So, will Rhyan be the player who finally ends the Packers run of disappointing third-round picks? Gutekunst and the rest of the Packers organization certainly hopes so.