Final Grades for the 2021 Packers: Quarterbacks

This is the first in a series of articles providing an in-depth analysis of each position group on the Green Bay Packers. We will start with the quarterbacks.

The grades will be for each unit as a whole, but we will provide analysis of each player, their strengths and weaknesses and a quick analysis of where they stand heading into the offseason.

The Packers offense finished eighth in the NFL in passing yards on the season and 10th in the league in points scored with 450. In 2020, they led the league in scoring with 509 points.

Here are the grades for the Packers quarterbacks in 2021. The marks are based on a combination of expectations and performance.

Rodgers is the favorite to win his fourth NFL MVP award and his second in a row. Despite the controversy surrounding him throughout the offseason, he had a very strong campaign although not as statistically dominant as he had in 2020.

Rodgers completed 68.9 percent of his passes for 4,115 yards, 37 touchdowns and just four interceptions. His quarterback rating was 111.9 which led the league.

When injuries struck his offensive line, Rodgers and head coach Matt LaFleur adjusted to more quick release passes with shorter drops and the offense continued to play well using that strategy. Unfortunately, he did not do that in the playoff game against San Francisco.

Rodgers arm strength remains a weapon and he is still mobile enough to avoid the blitz. His biggest strength remains his ability to read defenses and get positive results when the planned play breaks down and he needs to improvise.

It is often difficult for Rodgers to trust some of his secondary receivers and when he struggles, he tends to lock in on one or two targets, most often Adams and Aaron Jones. When Rodgers spreads the ball around, he is difficult to defend.

Rodgers remains one of the best quarterbacks in the game but needs to come up bigger in the postseason where he doesn’t always play up to his lofty standards.

He has told the Packers he will make a decision on his future before free agency starts so we should know whether Rodgers retires, demands a trade or wants to return to Green Bay for next season.

Backup Jordan Love started one game and played in six. He remains a work in progress who still needs to improve at reading defenses and to work on his footwork. When he doesn’t set his feet properly, his accuracy suffers.

Love finished the season with a 58.1 percent completion rate, threw two touchdowns and three interceptions for a quarterback rating of 68.5.

He has a strong arm and some elusiveness but needs to show more confidence and to win the confidence of his teammates. It is still unclear if Love will develop into a quality NFL starter but he has shown flashes of potential. Consistency remains an issue. Keep in mind that people questioned Rodgers’ potential after his first two seasons as well.

Love has been placed in a challenging situation with all the drama surrounding Rodgers. So far, he appears to have handled it well but the team needs to see more from him on the field in his third season whether it’s as the starter or the backup.

Third string quarterback Kurt Benkert spent most of the season on the practice squad but played two snaps at the end of a game to see his first NFL action. Benkert had a strong training camp and has already signed a futures contract with the Packers to return for training camp next season.

Benkert is a good team player and popular in the locker room. His upside appears to be as a viable backup and he’ll fight for a roster spot again in 2022. 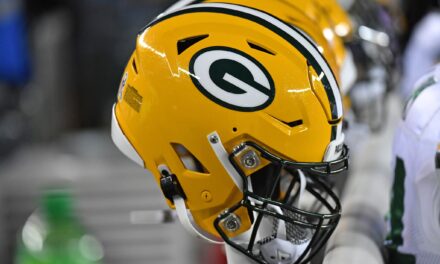 Packers QB Aaron Rodgers Really Does Own the Bears