This is the last in a series of articles providing an in-depth analysis of each position group on the Green Bay Packers. Today, we will examine the special teams.

Here are the grades for the Packers special teams in 2021. The marks are based on a combination of expectations and performance.

Mason Crosby was perfect on field goals in 2020 but struggled mightily in 2021. He missed nine field goal attempts and two extra points during the regular season and then had a key kick blocked on the final play of the first half in the playoffs.

The Packers all-time leading scorer had issues with his long snapper and holder but never seemed to get into a groove this season and finished with his worst field goal percentage since 2012.

Crosby will be 38 before the 2022 season starts and may decide to retire. If he does opt to come back, he may have to take a pay cut and will face competition from J.J. Molson who spent the entire season on the practice squad.

Corey Bojorquez started the season off red-hot. He has a strong leg and did a consistent job of pinning opponents inside their 20. But as the season progressed, Bojorquez struggled with the cold weather and never fully recovered. His blocked punt in the playoffs was a major reason for the team’s ultimate defeat although poor protection was a major problem.

Bojorquez averaged 46.5-yards per punt and placed 18 kicks inside the 20 while having only four touchbacks. His long kick of 82 yards was the second longest in franchise history.

The deal Bojorquez signed with Buffalo is done and he will be an unrestricted free agent this offseason. It will be interesting to see if the Packers choose to bring him back or if they try to save money on a punter in 2022.

The Packers return teams struggled for last season. Kylin Hill was the primary kick returner until he was injured midseason. Amari Rodgers and Malik Taylor also returned kicks. None of them reached an average of 20-yards per return for the season and the team averaged 18.7-yards per kick.

Amari Rodgers was the primary punt returner. The rookie struggled to catch the ball cleanly and was then often indecisive when he did get his hands on the ball. He improved slightly late in the season and averaged 8.3-yards per return.

Punt and kick coverage was also an issue this season. Opponents averaged 25.7-yards per kick return or eight yards more per runback than the Packers did, and 12.8-yards per punt return or 4.8-yards more than Green Bay did. The loss in field position hurt them throughout the season and in the playoffs.

At the end of the season, the Packers announced that special teams coordinator Maurice Drayton would not be coming back in 2022. This could hardly be considered a surprise although Drayton was a standup guy and well-liked by his players. The results just weren’t there.

The Packers have now reportedly signed former Raiders interim head coach Rich Bisaccia as their new special teams coach for 2022. He has a proven track record of success as a special teams coordinator going back two decades. He was also very popular with his players with the Raiders and at his other stops in the NFL.

The Packers have not done well on special teams for more than a decade now and the organization must fix this problem. It cost them an opportunity to reach the Super Bowl this year. Besides hiring a new coordinator, the Packers must dedicate more practice time and more talent to special teams to move forward.

Packers Face a Tough Choice On Davante Adams: To Tag or Not to Tag 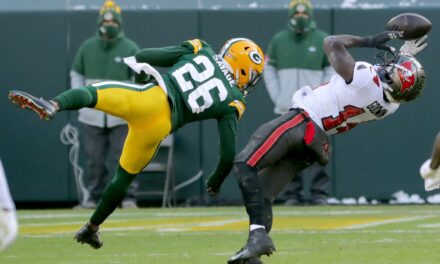