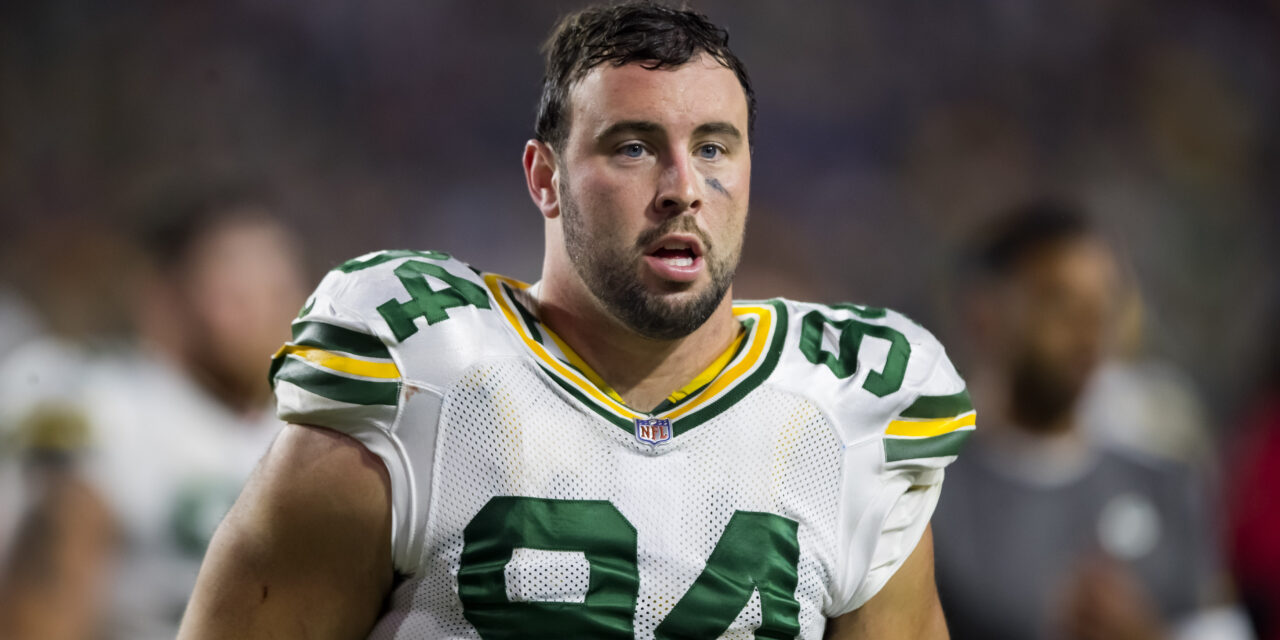 The Green Bay Packers added 11 players in the 2022 NFL Draft and addressed many of the team’s needs during that time. But of course, as is true in any draft, the new players will be challenging returning players for either starting positions or roster spots.

Keep in mind, the players on this list may or may not lose their roster spots, but their roles on the team and their playing time may be significantly reduced because of the players the team drafted this season.

Here are five players who will be fighting for jobs this season after the Packers 2022 NFL Draft:

Barnes has been a great story, an undrafted free agent who became a starter and instant contributor on defense almost immediately. Barnes is tough, smart and a good team player who has started 23 games in his first two seasons with the Packers.

But the Packers drafted Quay Walker with the 22nd overall pick in this year’s draft. While Walker may not win the starting job by Week 1, it appears to be just a matter of time before he takes over the starting position at ILB next to De’Vondre Campbell.

Defensive coordinator Joe Barry appears to be leaning towards having two linebackers on the field more often than in the recent past and three safeties less frequently.

Late in the draft, the Packers also added Tariq Carpenter who played safety at Georgia Tech but will be practicing with the ILBs in Green Bay according to the coaching staff.

It appears that Barnes will see less playing time this season behind Walker. He may see a larger role on special teams.

The Packers have had issues on the interior defensive line for a long time now and this offseason, they finally stepped up to address it. The Pack signed free agent Jarran Reed before the draft and then added Devonte Wyatt out of Georgia with their second pick in the first round. Later in the draft, they selected Jonathan Ford, a mountain of a man, in the seventh round.

With three starting spots available, Kenny Clark and Wyatt would appear to have two of them locked down. T.J. Slaton will be looking to expand his role in the defense in his second season and Reed will almost certainly be a solid part of the rotation.

That leaves Dean Lowry in a vulnerable position. Lowry is coming off a career-high five sack season and he played 63 percent of the team’s defensive snaps in 2021.

But Lowry also has a cap hit of a little more than $8 million this year and his production doesn’t come close to matching his cost.

The Packers could decide to save some money and move on from Lowry after June 1, or they could sign him to a new deal that is more cost effective.

If he stays on the team, Lowry will likely see less playing time in 2022 than he has in recent seasons as the Packers have added talent and depth at the interior defensive line this offseason.

The Packers drafted three offensive linemen in this year’s draft for the third year in a row. The first two selected this year were Sean Rhyan of UCLA who was taken in the third round and Wake Forest’s Zach Tom who was added with Green Bay’s second pick in the fourth round.

While Ryan played tackle in college, he is projected as a guard in the NFL because of his short arms. He is also viewed as a player who should be ready to compete for playing time sooner rather than later.

The Packers have an interesting situation at guard. Runyan and Newman started there most of 2021. Elgton Jenkins, who was a Pro Bowl left guard in 2020, was moved to left tackle due to David Bakhtiari’s injury and was later injured himself. Jenkins will probably miss the beginning of the 2022 campaign while he continues to rehab his knee.

We now have Rhyan competing with both Runyan and Newman at guard and then most likely, Jenkins moves to right tackle when he returns, hopefully by midseason.

Runyan and Newman may both hold off Rhyan, but they will be in a fight for their jobs throughout the course of the season as the rookie adapts to the NFL game and improves. There is also the chance that when Jenkins returns midseason, he steps in at guard depending on how the right tackle situation looks and who is healthy at the time. Either way, Runyan and Newman both face competition for playing time now at guard from at least one and possibly two players.

Heflin was an undrafted free agent who had an outstanding camp and preseason and made the roster at defensive line with his all-out hustle and refusal to quit.

During the season, Heflin didn’t play much. He appeared in four regular-season games and was on the field for a total of 17 defensive snaps and 13 plays on special teams.

We already mentioned the addition of Wyatt in the first round and Reed in free agency. The Packers also drafted Jonathan Ford in the seventh round. Suddenly, the interior defensive line got much more crowded.

Heflin will be fighting to make the roster this year. He does have some things working in his favor. He has a year of experience in the defense and may make a second-year jump and he doesn’t count a lot against the salary cap.

Either way, Heflin will be fighting for his job in training camp this year.