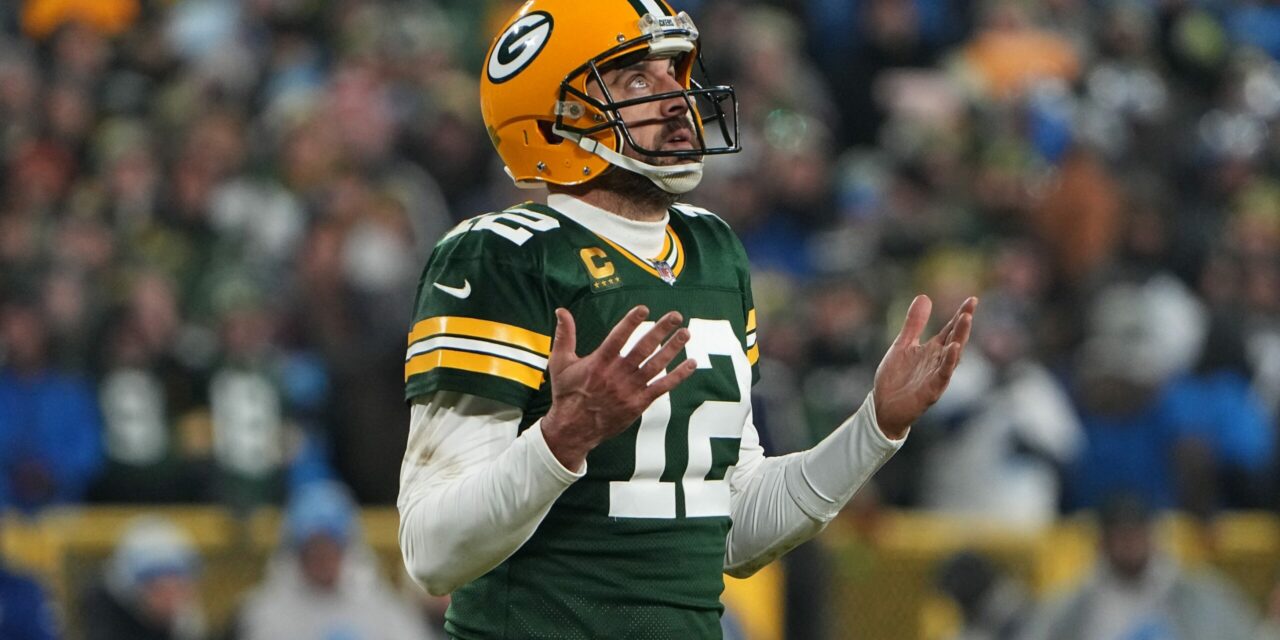 The Green Bay Packers finished with a disappointing 8-9 record and missed the playoffs for the first time under head coach Matt LaFleur. This team entered the 2022 campaign with Super Bowl aspirations but they never came close to realizing those hopes.

With a pivotal offseason about to begin, the Packers organization must begin the process of evaluating what went wrong this season and why the team never lived up to expectations.

Here are the top five reasons why the Packers missed the playoffs in 2022. These are big picture issues that went on throughout most or all season.

Injuries are a part of football and the 2022 Packers are no exception. The Packers were not hit with an excessive number of injuries but many of the ones they did suffer came at positions that the team lacked depth or that had a big impact on their play.

Losing Rashan Gary in Week 9 hurt the pass rush and it took a few weeks for the team to adjust.

Wide receiver, a position that was in transition, also suffered a lot of injuries. Christian Watson missed training camp and some early season games while Romeo Doubs missed time midseason. The injuries to the rookies slowed their development.

Veterans Sammy Watkins and Randall Cobb both spent time on the IR while Allen Lazard missed two games during the first half of the season. Their absence left the Rodgers without veterans he could trust and forced the rookies to take on larger roles earlier than they were ready.

The loss of Davante Adams changed the Packers approach to offense but it was never clear what this team wanted to be. They gave lip service to running the ball more frequently but got away from running the ball in far too many games.

In many early season games, the Packers were still trying to throw the ball deep without a consistent target to throw to and it wasn’t until Watson was healthy and started to understand the offense better in the second half of the season that the long passing game started to click.

The offense remained a mix between LaFleur’s system and what Rodgers was familiar with but never really took on a consistent identity this season.

Royce Newman was also struggling badly at right guard and the team was slow to replace him as a starter.

The defense was also slow to change philosophies. Early in the season, the passive zone they played was not working and allowing too many conversions on third-and-long as defensive backs were giving too large a cushion to receivers.

Defensive coordinator Joe Barry did finally change his approach but not until the team was 4-8 and barely clinging to playoff hopes. Had the team realized the system wasn’t working and wasn’t maximizing the talents of the players on the roster sooner, the Pack could have won another game or two and possibly reached the postseason.

The Packers offense never produced points consistently in the red zone this season. Green Bay ranked 24th in the league scoring a touchdown just 51.9 percent of the time they got inside the opponent’s 20.

The play-calling in the red zone was never consistent and weapons such as Aaron Jones and Robert Tonyan were underutilized inside the opponent’s 20.

The two losses to the Lions were the most blatant examples of the team’s failures in the red zone. The Packers scored 25 points in those two games combined and lost them both by a combined 10 points. Improved red zone play could have easily turned those two losses into victories.

Turning opportunities into points makes a big difference for any team and the Packers struggled to score when they had the chance almost all season.

The numbers don’t lie. This was not a great season for future Hall of Fame quarterback Aaron Rodgers. While Rodgers famously said his “off” seasons are better than most quarterbacks great seasons, this year was different. He was thoroughly average statistically, finishing 16th in the league with a 91.1 quarterback rating. That places him right in the middle of the 32 starters in the league and behind players like Jared Goff, Daniel Jones, Kirk Cousins and Ryan Tannehill.

There are many reasons for the drop off. Obviously, Rodgers playing through a broken thumb and injured ribs midseason affected his accuracy.

The fact that Adams and Marquez Valdes-Scantling were gone and he had a lot of young and inexperienced receivers didn’t help although Rodgers could have handled that situation better during the offseason.

The injuries to the offensive line and receivers also hindered Rodgers’ play to some extent. But Rodgers also held the ball too long on too many plays and didn’t always make good audible calls at the line of scrimmage.

Rodgers is 39 and while he is still confident he can still play like an elite quarterback, he did not play that way this season. In 17 starts, he threw for three or more touchdowns just once, did not throw for 300 yards in any game and had a quarterback rating of 100.0 or more just three times.

With the season on the line in the season finale, Rodgers was thoroughly average.

Rodgers will earn approximately $59 million if he returns in 2023. The Packers need to him to return to form if they hope to return to the playoffs next season. He doesn’t need to play at an MVP level, but he must play better than he did this season.