The Green Bay Packers defense has been much-improved this season and is still ranked in the top 10 in the league in yards allowed per game.

The defense played its best game last month when they shut out the Seahawks 17-0 at Lambeau Field and kept Russell Wilson and company in check nearly all game.

But since then, the defense has struggled to contain big plays. The Vikings Justin Jefferson got deep for several big gains while both Van Jefferson and Odell Beckham Jr. struck for scoring plays of more than 50 yards for the Rams the following week. Justin Fields had several chunk plays for a mediocre Bears offense while backup quarterback Tyler Huntley led the Baltimore offense to 30 points on the strength of several splash plays.

While the Packers won three of those four games, the defense must find a way to reduce the number of big plays they give up if the team hopes to clinch the top seed in the NFC and to win a Super Bowl. Here are five things that can help the Packers defense reduce big gains for the rest of this season:

The Packers clearly missed Clark in the game against Baltimore. Clark is one of only a handful of interior defensive linemen who can both tie up multiple blockers against the run and get consistent pressure on opposing quarterbacks from the middle of the defense. Clark doesn’t just neutralize blockers he pushes them behind the line of scrimmage and disrupts plays.

With Clark out of the lineup, Huntley had more time to throw the football and to elude the pass rush and buy enough time to complete passes downfield.

The Packers run defense also suffered without Clark in the lineup. Baltimore gained 143 yards on just 26 carries against Green Bay. While Huntley gained 73 of those yards, running back Latavius Murray averaged nearly seven yards per attempt on seven carries.

If the run defense improves, the defense will force opponents into more obvious passing situations and that makes the play calling more predictable.

Clark missed the game because he was in the Covid protocols. Getting him back in the lineup for the final three games and keeping him healthy for the playoffs would make a big difference for the team the rest of the way.

The Packers defense has been giving too much cushion to opposing receivers. Against Baltimore, the result was a lot of short passes that set up more splash plays and allowed the Ravens to move the ball consistently down the field.

The Packers have speedy corners in Eric Stokes and Jaire Alexander (when he returns to the lineup) but even the defensive backs without elite speed don’t need to play eight yards off the receivers they are covering.

The Packers have been using Chandon Sullivan as the primary nickel back and Henry Black as the dime back. While Black is solid on special teams and can help against the run, he has struggled at times in coverage. According to pro-football-reference.com, opposing quarterbacks are completing 77.8 percent of their passes when throwing to receivers covered by Black and have a quarterback rating of 125.8.

Both the Vikings and Rams created mismatches against Black that resulted in big gains.

Against the Ravens, Kevin King stepped in and replaced Black as the dime back and Black played only one snap on defense. King performed better than Black has in recent weeks, but he is also inconsistent in coverage, playing well at times and struggling at others.

Getting Jaire Alexander back in the lineup will increase the Packers depth in the secondary and should help them solidify the roles of their defensive backs for the playoffs. That should also upgrade the play they get a dime back.

The return of Alexander would give the Packers an elite group of cornerbacks with Alexander, Stokes, Rasul Douglas, Sullivan and King as the top five. It would allow the Packers to mix and match their coverages and keep offenses guessing a bit as to who is covering who and what type of coverage they are in.

The return of Za’Darius Smith would give the Packers three very strong edge rushers with Preston Smith and Rashan Gary all providing the team with experienced and capable pressure on opposing quarterbacks. If quarterbacks have less time to throw, they will be less able to throw deep and create those splash plays that have hurt the Packers in recent weeks.

The Packers had a lot of difficulty stopping Ravens tight end Mark Andrews who finished the game with 10 catches for 136 yards and two touchdowns. In the first half, the Packers tried to have Darnell Savage cover Andrews but the big tight end had a huge size advantage and Savage had an off day.

In the second half, King got the call and did a little better but Andrews remained an effective weapon for Baltimore and got four more catches after the break.

The Packers need to find an effective player to cover tight ends. Earlier in the season, De’Vondre Campbell did a good job when called upon and the Packers were able to limit the damage done by some very good tight ends. They need to find the right mix of coverages to prevent tight ends and slot receivers from hurting them over the middle of the field. 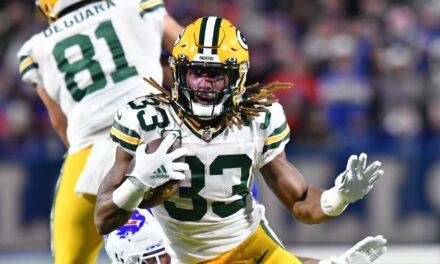 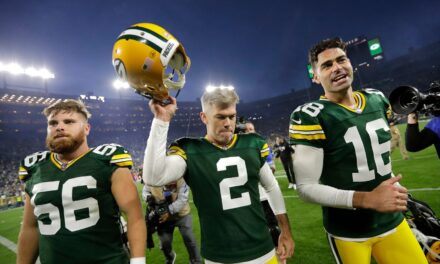