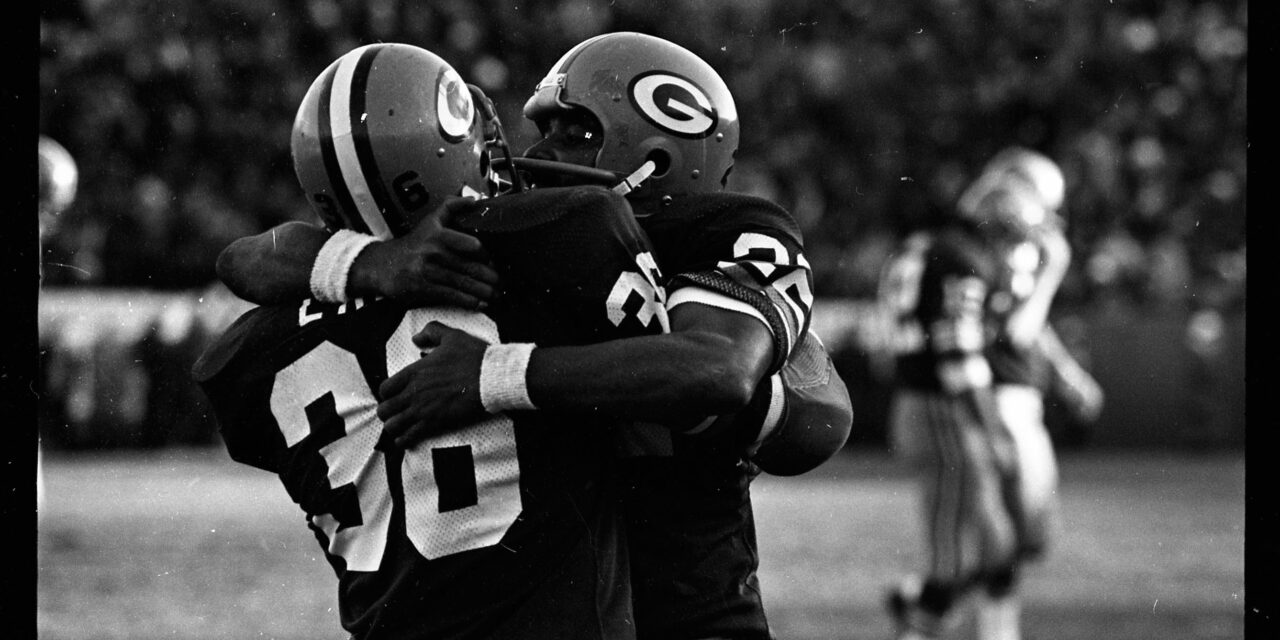 The Green Bay Packers opened the 1973 season on Monday Night Football against Hall of Fame quarterback Joe Namath and the New York Jets. Dan Devine’s team was coming off a 10-4 season that saw them make the playoffs for the first time since Vince Lombardi’s retirement as coach after the 1967 season. In 1973, Namath was still the biggest celebrity in football, a talented quarterback whose every move on and off the field was scrutinized by the national media.

Howard Cosell, Don Meredith and Frank Gifford were in the booth at Milwaukee County Stadium for the game. As usual, all eyes were on Namath as the Jets and Packers met to close out Week 1 of the NFL schedule.

The Packers defense came up with some timely plays to make sure Namath never fully got on track. The Jets drove to the Packers 15-yard line on the opening drive but there the Green Bay defense stiffened. Linebacker Tom MacLeod sacked Namath for a 10-yard loss on second down and one play later, the Jets tried an end around with Richard Caster which the defense read well and stopped him 10 yards behind the line of scrimmage. Jets kicker Bobby Howfield missed a 34-yard field goal and the game remained scoreless.

Strong running by MacArthur Lane and a roughing the kicker penalty by the Jets on a long field goal attempt set up the Packers first score, a nine-yard field goal by Chester Marcol that made it 3-0 Packers late in the first quarter.

Packers safety Jim Hill recovered the first of two fumbles on the Jets next drive and the Packers cashed in when quarterback Scott Hunter found tight end Rich McGeorge on a 19-yard touchdown pass. The Packers led 10-0.

Marcol added a 37-yard field goal later in the second quarter to give the Packers a 13-0 lead at the half.

Trailing by two scores, the Jets were forced to throw the ball more often and the Packers took advantage. John Riggins fumbled and Hill made his second recovery of the game to put the Packers back in business. Marcol booted a field goal to make it 16-0 Green Bay early in the third quarter.

Cornerback Ken Ellis intercepted Namath early in the fourth quarter on a pass intended for Jerome Barkum. The Packers turned that into a one-yard touchdown run by John Brockington that made it 23-0.

The Packers chased Namath and his backup, Al Woodall, broke the shutout with a 17-yard scoring pass to David Knight with just 27 seconds left in the game.

The Packers held Namath to a 16-for-33 passing day for 203 yards and no touchdowns. The Green Bay ground game was steady, with Brockington gaining 73 yards and Lane adding 60 more. Hunter completed just 6-of-13 passes on the day for 107 yards and a touchdown.

Ellis and Willie Buchanon did a great job of breaking up passes by Namath and keeping the dangerous Jets passing game in check. Defensive tackle Aaron Brown had a strong game as well and got pressure on Namath.

“It was a team effort,” Devine said after the game. “I was very happy that we didn’t have any turnovers. We were trying to work on not making mistakes.”

On this one night, the Packers looked like be contenders again. They defeated Namath soundly in the only game they faced him and won with the same formula that earned them success the previous year, a strong running game, a stout defense and winning the turnover battle.

But the Packers finished the season with a disappointing 5-7-2 mark. A season-ending leg injury to Buchanon hurt the defense early in the year while the Packers never got consistent quarterback play. Hunter, Jerry Tagge and Jim Del Gaizo each started multiple games but none of them could lift the offense.

The Packers won this first meeting against the Jets but would not beat them again until 1994 when Brett Favre led them to victory at Lambeau.