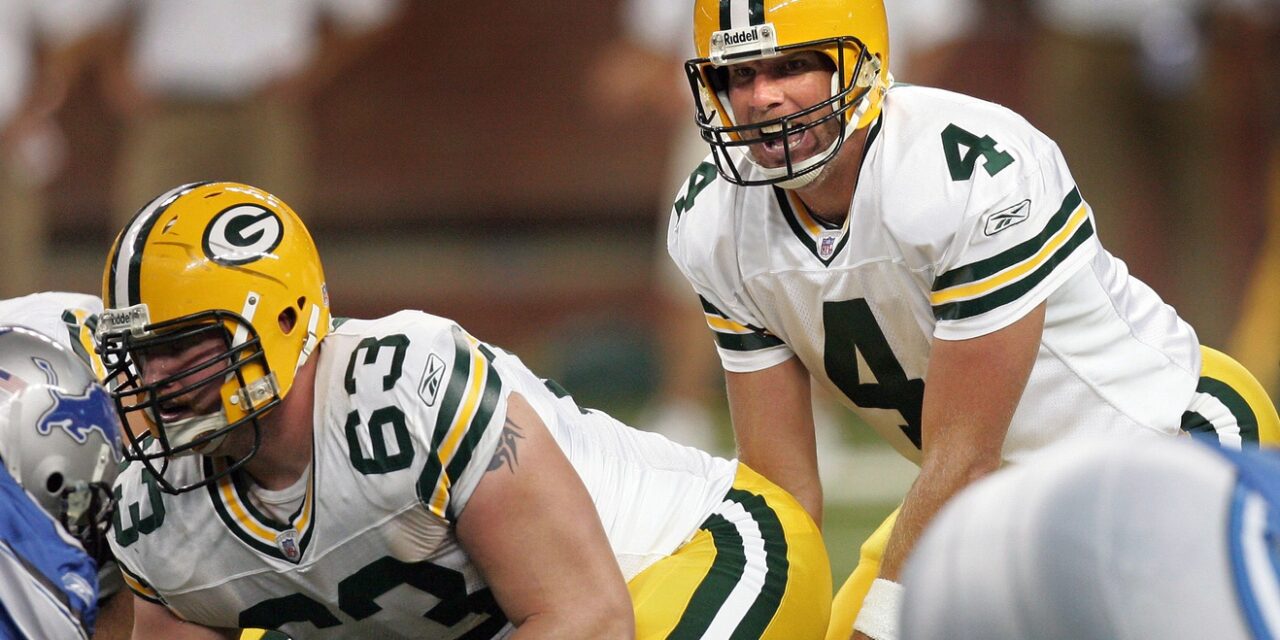 Brett Favre threw for 357 yards and three touchdowns as the Green Bay Packers spoiled the Detroit Lions first game in their new home, Ford Field with a 37-31 win. 61,505 fans were in attendance as the Packers overcame an early 7-0 deficit to earn the win.

Despite the victory, Packers head coach Mike Sherman was not pleased with his team’s play as breakdowns on special teams and two late fourth quarter scores by the Lions made the game close.

“This win is a win, and that’s what matters today,” Sherman said. “But what matters tomorrow is that we roll up our sleeves and get to work and we fix, diligently fix, the mistakes we made in this football game. And they were numerous.”

Early on, it looked like Detroit would pull off the upset and win the first game in their new building. The Packers special teams allowed a 72-yard punt return by Az-Zahir Hakim after going three-and-out on their first drive and the Lions lead early 7-0. The Lions pulled out all the stops and Hakim scored on a reverse on the punt return.

Midway through the first quarter, the Lions were driving again and faced a 3rd-and-4 at the Green Bay 25 when Detroit quarterback Joey Harrington, who was making his first NFL start, was intercepted by Marques Anderson who ran it back 78 yards for a pick six.

Favre played well, completing 31-of-47 passes for 357 yards. He tossed touchdown passes to Donald Driver, Robert Ferguson and Bubba Franks. The touchdown was the first of Ferguson’s NFL career.

Franks led all receivers with nine catches for 62 yards while Driver added five catches for 94 yards. Ahman Green was out with a knee injury but rookie running back Najeh Davenport led the Packers running backs by gaining 84 yards on 22 carries.

On defense, the Packers intercepted Harrington four times and his quarterback rating was only 38.9. In addition to Anderson’s pick six, Mike McKenzie, Darren Sharper and Tod McBride also had interceptions.

Ryan Longwell kicked his second of three field goals in this game with 10:27 left in the fourth quarter to put the Packers ahead 34-17. The game seemed over, but the Packers special teams faltered and let the Lions back in the game.

The Lions started their next drive at the Packers 45 after a 50-yard kick return by Larry Foster. Four plays later, it was 34-24 when Cory Schlesinger scored on a one-yard touchdown run.

Then the Packers were called for being offsides on back-to-back kickoffs, making Longwell kick from their own 20. That gave the Lions the ball at the Green Bay 48 with 59 seconds left and down by six points.

“We were not very good on special teams,” Sherman admitted. “When we have penalties like we had, plays that were run against us like we had had, it has to get better.”

McBride came up with his big interception with 30 seconds left in the game at the Packers three to seal the victory.

Players from both teams left this tough, physical game with injuries. At one point, the Packers used linebacker Torrance Marshall at fullback in short yardage situations after William Henderson was injured. Safety Antuan Edwards suffered a broken forearm, tight end David Martin left the game with a concussion while wide receiver Javon Walker and guard Marco Rivera also left the game with injuries although they were not expected to miss more time.

After the game, Favre had ice on his elbow. “I’m getting too old for these kind of victories,” Favre said to reporters after the game. “I feel like you-know-what.”

The Packers were concerned about the fact that they almost blew what seemed like a comfortable lead. “I was disappointed that we couldn’t finish this team,” Sherman said. “We were up by 17 points at one time and didn’t put the nail in the coffin.”

The win improved the Packers to 2-1 on the season while the Lions fell to 0-3. Green Bay finished the season with a 12-4 mark and won the NFC North title. The Lions finished 3-13.

The game also set the tone for the Packers in Ford Field where they often face tough and close games from the underdog Lions.

How Are the Packers Dealing with the Loss of Randall Cobb?