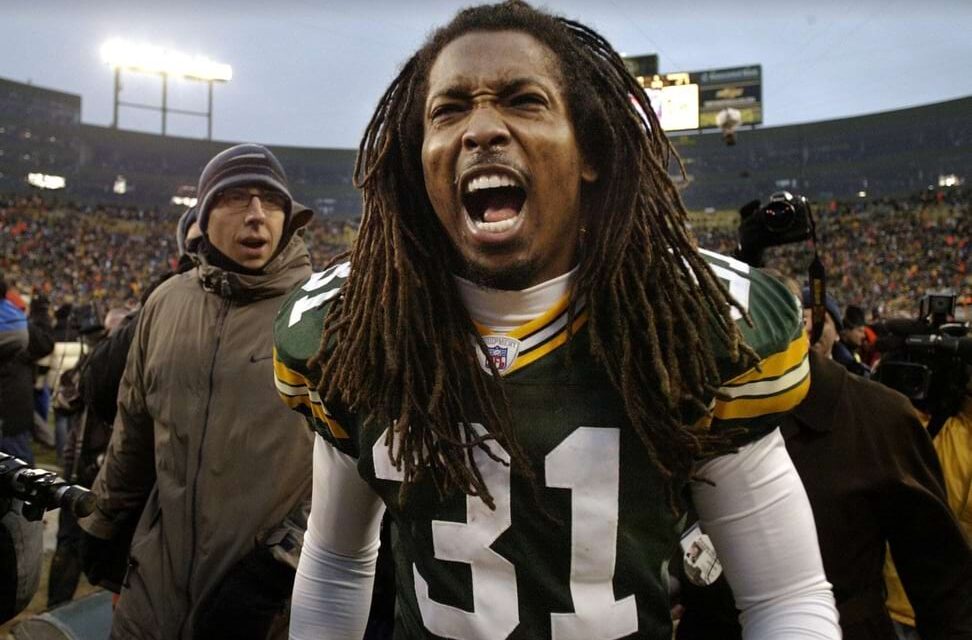 The Green Bay Packers ended their Wild Card round playoff game with the Seattle Seahawks in dramatic fashion as cornerback Al Harris intercepted Seattle quarterback Matt Hasselbeck in overtime and returned it 52 yards for the winning touchdown in the Packers 33-27 win.

The game had plenty of drama. The Packers barely made the playoffs, winning the NFC North when the Arizona Cardinals beat the Minnesota Vikings on a last second touchdown catch by wide receiver Nathan Poole in the closing seconds of the season finale. The Packers had Poole at the game as a guest of the team and he was even given the key to the city of Green Bay.

“I heard these fans were great, but this is unbelievable,” Poole said. “I can’t put what’s happening to me into words.”

The Seahawks were also coached by Mike Holmgren who had led the Packers to their Super Bowl win seven years ago. Revenge was certainly on Holmgren’s mind.

Brett Favre threw for 319 yards and a touchdown while Ahman Green ran for two touchdowns in a back and forth game between two good teams. Favre also set a new NFL record by throwing a touchdown pass in 14 straight playoff games. He also passed John Elway for third place in the NFL’s all-time list for playoff completions (364) and touchdown passes (31).

The Packers led 13-6 at halftime with the only touchdown coming on a 23-yard pass from Favre to tight end Bubba Franks.

“That [second drive] was one of those drives where we walked into the huddle and said, ‘We’re going to do this – now. We’re not relying on anybody else; we’re not settling for a field goal, we’re putting it in the end zone,’” Packers center Mike Flanagan said. “And we did it.”

In the second half, both teams star running backs took turns scoring touchdowns. The Packers defense held Seattle’s Shaun Alexander to 45 yards on 20 carries but he did score three times. Green only gained 66 yards on 23 carries for the Packers but he scored twice.

Alexander’s third touchdown came with just 51 seconds left in regulation time. Favre got the Packers as far as the Seattle 29 on a drive highlighted by a 27-yard pass to Javon Walker but Ryan Longwell missed a 49-yard field goal on the final play of the fourth quarter and the game headed to overtime.

At the coin flip before overtime Hasselbeck made his now infamous quote after the Seahawks won the coin toss. “We want the ball and we’re going to score,” he said confidently.

Neither team scored on their first possession of overtime with both teams going three-and-out. Seattle got the ball back at their own 34 and quickly picked up a first down on short passes to Koren Robinson and Darrell Jackson.

Two plays later, Seattle faced a 3rd-and-11 at their own 45. The Packers called for a blitz and Hasselbeck looked for Alex Bannister in the left flat. Harris jumped the route and was off to the races, running it back 52 yards for the game-winning touchdown. It was the first playoff overtime in NFL history ended by a defensive touchdown.

Harris was thrilled and secured a permanent place in Packers history with the play. “This is every cornerback’s dream,” he said. “I was just thinking, ‘Don’t drop the ball.’ Two weeks in a row I’ve dropped picks.”

He didn’t drop this one. Harris knew he would score as soon as he intercepted the pass. “I know the quarterback ain’t going to catch me,” he said.

Packers head coach Mike Sherman credited the defensive coaching staff led by coordinator Ed Donatell for making the right call at the right time. “The defensive staff did a great job of preparing for that blitz in the game at a critical time, and certainly in overtime that was a critical time,” Sherman explained. “We were trying to make something happen, and fortunately we did. I give all the credit to the defensive staff for getting it taught.”

“It was just watching tape [during the week] and trusting my instincts,” Harris said. “I was just praying that he would throw the ball, because I knew I was going to gamble on that play. As a cornerback, you pray that they run that route, a hitch or a slant, something you can jump quick and get where you want to go.”

Hasselbeck was also a former Packer who backed up Favre for two years before being traded to Seattle. Favre tried to encourage his former backup. “I’m sure Matt will learn from today and he didn’t play that bad,” Favre said. “He played pretty damn good, but the next time he’s in the playoffs, he will get better and better and better.”

Holmgren was very upset by the loss. “It hurts,” he said. “I’ll be honest with you, I’m dying inside. It hurts bad to lose this game today. The locker room is in bad shape right now because these guys really left it out there on the field.”

“It came down to one play that we made,” Sherman said. “Seattle could have hit a touchdown pass and they win and then we put our loss under a microscope, like obviously people in Seattle will put theirs. It was two good football teams battling it out the whole way. It could have gone to either team.”

For the Packers, it was a big win. “Coach Sherman, last night at the meeting, was talking about how when the playoffs come, nothing’s given to you,” Packers right tackle Mark Tauscher said. “You have to go out and take it. And that’s what we did.” 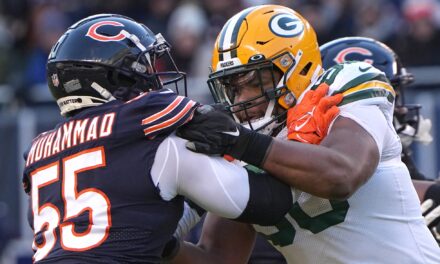