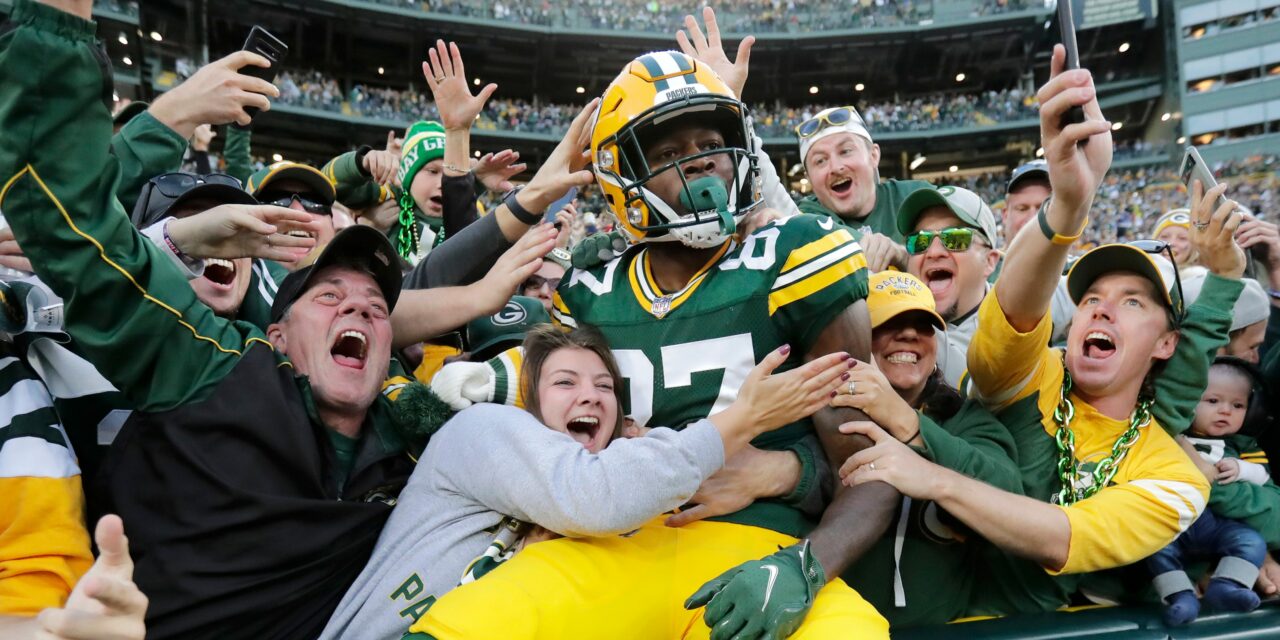 How the Green Bay Packers would do at wide receiver has been a major question since the team traded All Pro Davante Adams to the Las Vegas Raiders during the offseason. GM Brian Gutekunst knew he had to revamp the receiving corps and he made it a priority to do just that. He signed veteran Sammy Watkins as a free agent and added three more wideouts in the draft in Christian Watson, Romeo Doubs and Samori Toure.

So, with nearly one quarter of the 2022 season in the books, how have the new receivers been doing? Here is a look at the Packers wide receivers performances after four games. Grades are based on a combination of expectations and performance so a late round draft pick who puts up the same numbers as a higher pick would receive a better grade. The players are judged only on their contributions to the offense, not special teams or any other facet of the game.

The veteran came into the season as the number one receiver on the roster and was expected to be Aaron Rodgers’ go-to target.

Injuries caused Lazard to miss the season opener but in three games, he has 12 catches for 174 yards and two touchdowns. Lazard has been targeted 17 times and has a catch percentage of 70.6, slightly higher than his career average.

Rodgers has looked to Lazard in key situations and 11 of his 12 catches have resulted in a first down. He has not been credited with a drop this season.

Lazard is WR1 right now, but he’s not so far ahead of anybody else. He is consistent, reliable and has the trust of his quarterback.

Watkins played the first two games of the season before suffering a hamstring injury that landed him on the injured reserve. The former Clemson star was off to a good start for the Packers before suffering the injury.

Watkins was tied for the team lead with six catches when he got hurt and led the team with 111 receiving yards. He showed the ability to get deep and caught a 55-yard pass from Rodgers which remains the team’s longest completion of the season through four contests.

Early in the season, Watkins was feeling rejuvenated working with Rodgers and the coaching staff and quarterback were high on him. Unfortunately, the injury bug that has plagued Watkins’ career came back and bit him again this season.

Cobb was expected to be a reliable third down option for Rodgers and one of the team’s top options in the slot. Through four games, Cobb has 10 catches for 150 yards.

Rodgers trusts Cobb and often looks for him on when he needs to convert on third down. Thus far, eight of Cobb’s 10 catches have resulted in first downs. The former Kentucky star showed he still can be elusive once he catches the ball and has a long catch of 40 yards even though he lacks the deep speed he had earlier in his career.

Cobb’s catch percentage is 83.3 percent and 66 of his 150 yards gained have come after the catch.

At this stage in his career, Cobb should not be overused. He’s played 41 percent of the team’s offensive snaps and remains a reliable target when he’s on the field.

The rookie second-round pick missed all three preseason games and a good chunk of training camp due to an injury he suffered at OTAs. It cost him the chance to gain valuable experience and to gain the trust of Rodgers before the season started.

Unfortunately, the most memorable image of Watson is a deep pass he dropped on the team’s first offensive play from scrimmage this season against the Vikings.

An injury caused him to miss the game in Tampa Bay. Thus far, Watkins has been on the field for 40 percent of the team’s snaps.

He has six catches for 51 yards and has been credited with the one drop. His catch percentage is 60 which is low, but again, we’re looking at a small sample size. Drops were an issue for him in college.

The Packers have been able to incorporate Watson into the offense by using him on end arounds and thus far he has gained 22 yards on two runs including a 15-yard touchdown dash against the Patriots.

The Packers knew Watson was a work in progress as he tried to make the jump from North Dakota State to the NFL. Missing so much time due to injuries hasn’t helped. He has showed flashes of the raw talent that made him a high draft pick but now he needs to earn his quarterback’s trust and be more consistent with his patterns and reads.

The rookie fourth-round pick out of Nevada was quickly recognized as a potential impact player shortly after the team started training camp. Nearly every day he was making one or more plays that stood out to the fans, coaches and press.

Since the season started, Doubs has made mistakes at times but he also has made plays. He presently leads the Packers with 19 catches on the season good for 184 yards and two touchdowns.

Doubs is becoming more consistent in his routes and has the intelligence and work ethic to take his game to another level. The injuries to Watkins and Watson only gave Doubs more opportunities and he has taken advantage of them.

Doubs is still learning but his approach and performance have helped win Rodgers’ trust. He is still a work in progress and has dropped two passes but has a bright future both short-term and long-term.

Winfree is on the practice squad but he has twice been elevated to the roster for games and played 22 total offensive snaps. He caught one pass for 17 yards in Week 1 while being targeted three times.

Winfree is a dependable veteran who Rodgers can rely on to run accurate routes. He has enjoyed strong training camps and preseasons but has yet to catch more than eight catches in any regular season.

The Packers can elevate Winfree for one more game without having to place him on the 53-man roster.

Toure had a strong finish to the preseason and made the final roster. The seventh round pick out of Nebraska has been inactive for all four regular season contests thus far and has yet to see game action.

The Packers like his size and potential but he needs to earn playing time before he can be evaluated properly.

Rodgers has been used sparingly on offense this season after catching only four passes in his rookie season a year ago. Through four games, he’s been on the field on offense for just four plays. He has yet to touch the football or be targeted with a throw.

Amari Rodgers doesn’t have the trust of the coaching staff or his quarterback. His punt and kick returning has been inconsistent and he often struggles to field punts and kickoffs. He’s already fumbled once this year on a punt return but recovered it himself.

This grade is only based on offense not special teams and Rodgers isn’t contributing at all. 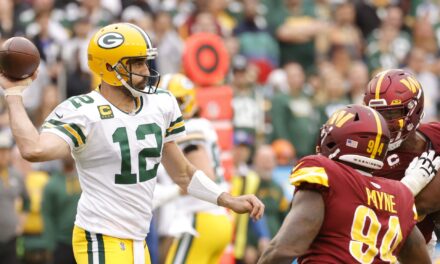