The Green Bay Packers were “all-in” last offseason as they tried to put together a Super Bowl-caliber team around reigning MVP Aaron Rodgers. That included signing free agents to help improve the team even though GM Brian Gutekunst didn’t have much salary cap room like he did in 2019 when he signed Preston Smith, Za’Darius Smith, Adrian Amos and Billy Turner who all became starters and played major roles with the team.

Still, the free agents the Packers did sign had an impact on the team in 2021. Grades are based on a combination of expectations and performance. Only players signed during the offseason are considered here so free agents signed after the season started like Whitney Mercilus and Rasul Douglas are not included. Also, players the Packers re-signed like Kevin King and Aaron Jones are not included in this list.

Here is a look at the free agents the Packers signed prior to the 2021 season and how they impacted the team.

The Packers signed Bortles in May when they were still unsure whether Aaron Rodgers would return for the 2021 season. The former Jaguars star provided the team with an experienced quarterback who had led the Jags to the AFC Championship Game in 2017.

Bortles was made expendable when Rodgers decided to return. Jordan Love was going to be the backup and the Packers weren’t going to spend the money on Bortles when they only planned to keep two quarterbacks on the active roster.

The Packers released Bortles on July 27. But they brought him back on November 4 when Rodgers tested positive for Covid-19. Bortles was signed to the practice squad and was activated as a game day replacement on November 6.

After Rodgers returned to the lineup, the Packers let Bortles go on November 15.

In the end, Bortles was exactly what the Packers expected, a veteran insurance policy who knew the playbook because he spent time with the team in training camp. He served as the backup quarterback for one game in an emergency and was let go after that.

The Packers signed veteran offensive tackle Dennis Kelly as training camp was getting under way on July 29. He was signed to replace Rick Wagner and give the team veteran depth at the tackle position.

Kelly had injury issues and was not active for several games in the early part of the season. When he was active, he saw spot duty on special teams.

But in the playoffs, Kelly struggled against the 49ers and San Francisco was able to get consistent pressure on the Packers quarterback and slow down the Green Bay offense.

Kelly did his job as the backup right tackle during the regular season and came through when called upon. In the playoffs, he was a liability although the entire offensive line struggled in that game.

The Packers added De’Vondre Campbell in June. The signing received little attention at the time but turned out to be the best value the Pack has had on any free agent in a long while.

Campbell signed a one-year, prove-it deal for $2.5 million and delivered an All Pro season that few saw coming.

Campbell has more speed than the past players the Packers had at inside linebacker and that combined with his hard work in the film room put him in position to stop the run and to cover tight ends and running backs on pass patterns.

In addition, Campbell called the defensive signals for the team and provided leadership in the locker room.

Campbell is an unrestricted free agent this offseason and the Packers should do all they can to bring him back next season and beyond. 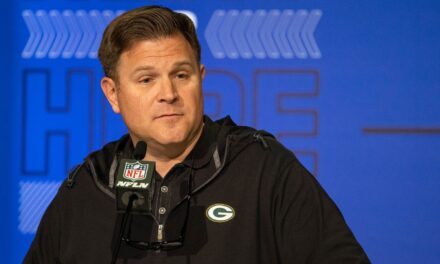