If you can’t beat ‘em, join ‘em, or in the case of NFL terms, sign players from their roster. The Green Bay Packers have won the last three NFC North Division titles and have earned a bye in the first round of the playoffs in each of those seasons. During that time, the Packers are 15-3 against their three division foes which only reinforces the Packers dominance in the division.

So, when the offseason roles around, the Minnesota Vikings, Detroit Lions and Chicago Bears have been signing multiple former Packers players to try to bolster their rosters.

There are reasons for this. The most obvious is the talent gap. The Packers have had a deeper and more talented roster than the other teams in the NFC North in recent seasons with Pro Bowl players on both sides of the ball like Aaron Rodgers, Davante Adams, Kenny Clark, Jaire Alexander and Elgton Jenkins.

The fact that the Packers three division rivals play the Packers twice each year also means they scout Green Bay frequently and are more familiar with players on the Packers than many other NFL teams. In fact, in many cases, the players signed by the other teams in the NFC North have performed well in games against these teams when they were with the Packers.

For example, the Minnesota Vikings just signed former Packers edge rusher Za’Darius Smith. Smith missed almost all the 2021 season but made the Pro Bowl his first two seasons in Green Bay for his consistent pass rush ability and leadership skills. Za’Darius Smith had a career-high 13.5 sacks in 2019 and followed that up with 12.5 sacks in 2020.

His best game with the Packers came in Week 16 of the 2019 campaign in the Packers 23-10 win over the Vikings in Minnesota. In that game, Za’Darius had 3.5 sacks, seven total tackles, five tackles for loss and five quarterback hits. The win clinched the division title for the Packers and the biggest difference maker in the game was Za’Darius Smith.

The Vikings also added cornerback Chandon Sullivan this offseason. In essence, Minnesota is hoping to strengthen their roster while weakening the roster of their toughest division opponent.

The Bears have also added former Packers players since the new league year got underway. Offensive lineman Lucas Patrick and wide receiver Equanimeous St. Brown were signed by Chicago after they became free agents. Chicago already has former Packers tight end Jimmy Graham who was a disappointment in Green Bay and didn’t produce much more in Chicago.

In addition to weakening a division rival, the addition of former Packers may help the coaching staff of the Lions, Bears and Vikings prepare better for the Packers when they face each other in 2022. Former players are familiar with the Green Bay roster and coaching staff and the playbook. All of this could give the coaching staff an edge when preparing their game plan even if it just allows them to call one particular play at a key time in the game that would take advantage of some inside information that a former player may know about their ex-teammate or former coach.

The Packers have not been as active at signing players from their division opponents although there have been some exceptions. In 2019, the Packers signed safety Adrian Amos as a free agent. Amos has played well for the Packers in his first three seasons in Green and Gold. This offseason, the Packers also signed former Bears punter Pat O’Donnell who will replace Corey Bojorquez in Green Bay this year.

It is not a big surprise that NFC North opponents have been signing former Packers players in recent years. Some of these deals work out better than others. If anything, they add intrigue and a little more spice to already intense division rivalries.

Let there be no doubt that Za’Darius Smith will be eager to show the Packers that they made a mistake in letting him go earlier this month. Circle your calendars because that only makes these games even more fun for fans.

Breaking Down the Biggest Position Battles for the Packers 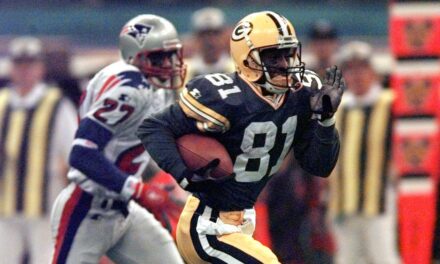