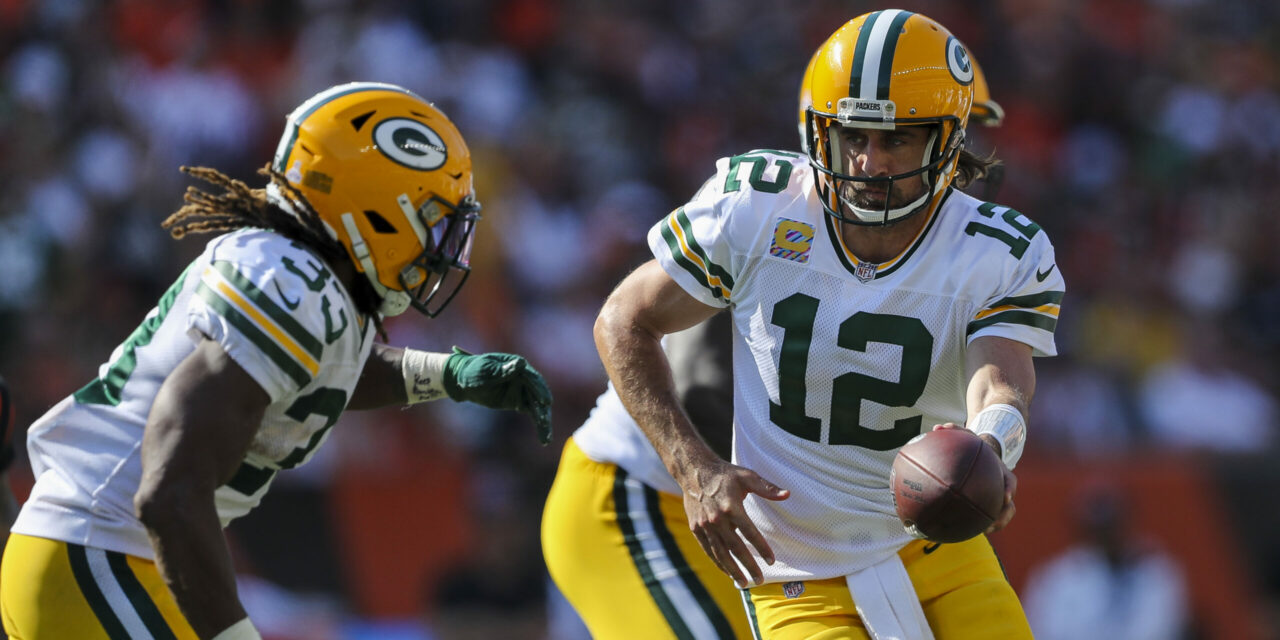 The Green Bay Packers have one of the deepest and most talented rosters in the NFL. The team is expected to be one of the top contenders again in 2022 led by two-time reigning MVP Aaron Rodgers.

Here is a look at the five strongest position groups on the Packers roster heading into the 2022 NFL season. The groups are ranked based on talent, depth and the overall health of the players at that position.

It may be surprising to see the defensive line on this list, but here it is. Kenny Clark is a returning Pro Bowl player and the most talented member of the unit. Jarran Reed and Dean Lowry round out the starters.

Depth is apparent as well with T.J. Slaton looking more comfortable and assertive in year two and the addition of first-round pick Devonte Wyatt. Wyatt may not be ready to contribute a lot as a rookie, but his physical talent and potential give the position depth and a sense of long-term optimism. This position is so deep the team has been considering keeping Jack Heflin as a sixth player at the position.

Like defensive line, the Packers have previously not emphasized inside linebacker in recent years but after this offseason, it is emerging as a strength on this roster.

De’Vondre Campbell earned All Pro honors last season, the first Packers ILB to do that since Hall of Famer Ray Nitschke during the Lombardi Era. The Packers were able to re-sign Campbell after trading Davante Adams to the Raiders.

Green Bay drafted Quay Walker in the first round of the 2022 NFL Draft and Walker is set to start opposite Campbell. His quickness off the snap is a definite asset and he should only get better as he gains experience.

Krys Barnes may have been an average starter but as a third ILB he’s a perfect fit. He’s smart and positionally sound and reliable.

Isaiah McDuffie appears to have made a big jump heading into his second season and looked quicker and more confident of his assignments in the team’s three preseason games.

The top three are the best in the league or very close to it. The speed of Jaire Alexander and Eric Stokes along with the football intelligence and savvy of Rasul Douglas gives defensive coordinator Joe Barry a lot of options. No team in the league can match this starting trio.

The depth is a concern although second-year man Shemar Jean-Charles appears to be playing better this year and has taken a step forward. The options after that are unproven. If the backups show reliability, this position group could be even higher by the end of the season.

Aaron Rodgers is the two-time defending league MVP and at 38, remains one of the best players in the NFL. If Rodgers is the starting quarterback, the Packers have a good chance to win any game. Rodgers is accurate, reads defenses extremely well and can still make any throw in the playbook.

Jordan Love is the backup. He continues to make progress and looks like he can take over as the starter in the short term if called upon. He’s not in Rodgers’ class yet, but he’s showing more confidence and more of his talent and athletic ability were on display this preseason although he still has more room to grow and improve.

Danny Etling is likely to stick around on the practice squad as the third quarterback. He will likely run the scout team in practice and be available if injuries strike either of the two players ahead of him on the depth chart.

The Packers top two runners are both capable of gaining 1,000 yards in a season. Aaron Jones already has done it twice in 2019 and 2020. Jones is a fast, one-cut runner who can break a long run any time he touches the ball. He is also a gifted receiver who has picked up the slack in that department in the past when Davante Adams was not in the lineup.

A.J. Dillon gives the Packers a second option at running back and his style compliments Jones’ well. Dillon is a big, tough runner who excels between the tackles. He has huge quads for a running back and is tough to tackle one-on-one. Dillon has also proven himself to be a good receiver and he can be elusive after the catch.

Kylin Hill is the likely third running back once he’s healthy again. Hill suffered a season-ending knee injury against the Cardinals last season but he has explosiveness and burst that is rare for a third string running back. He will start the season on the PUP list and will miss at least the first four games as a result.

Tyler Goodson and Patrick Taylor are battling for a possible roster spot entering final cuts. Either or both could end up on the practice squad to give the team even more depth if they don’t make the initial 53.

Five Things to Look for This Week at Packers Mandatory OTAs