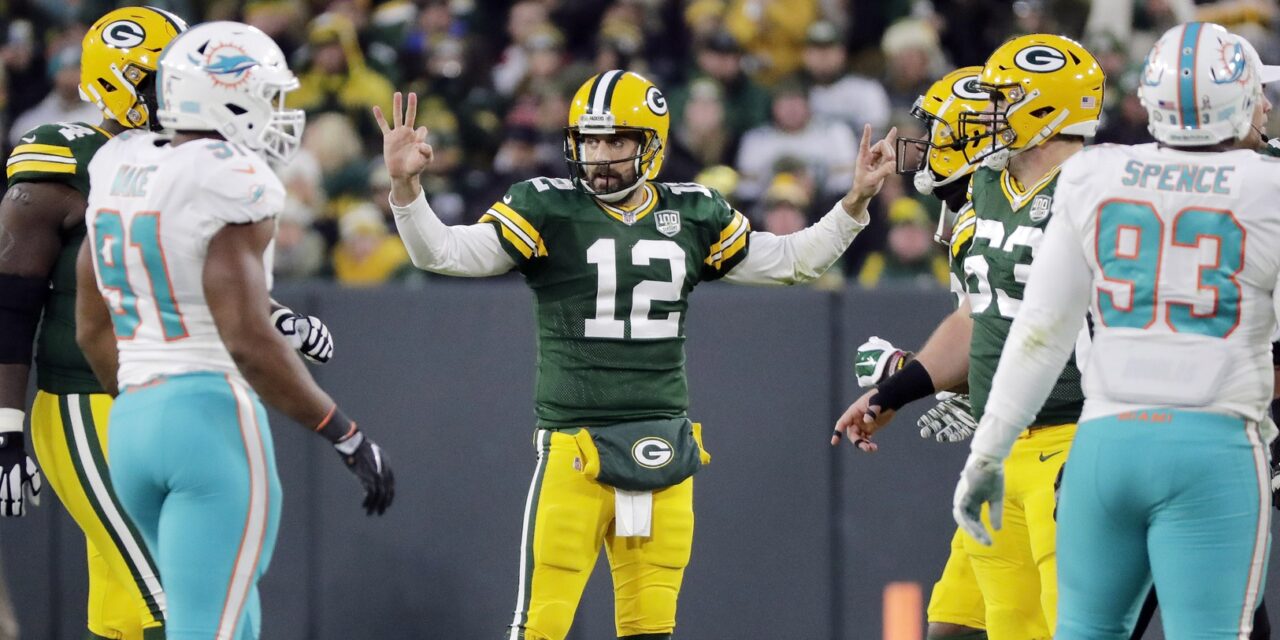 The Green Bay Packers play their final road game of the year on Sunday when they visit South Florida to take on the Miami Dolphins. The Dolphins are 8-6 and in the fight for a wild card berth in the AFC, but they have lost their last three games.

The Packers are coming off a 24-12 win over the Rams on Monday night. The Packers are now 6-8 and can still make the playoffs if they win their final three games and get some help down the stretch. The Dolphins lost to the Buffalo Bills 32-29 last week in Buffalo.

Here is a look at six key factors that will determine who wins Sunday’s game in Miami:

The Dolphins have an explosive passing game that ranks second in the league with 288.4-yards passing per game. One big key to their success through the air is the receiving duo of Tyreek Hill and Jaylen Waddle. Both have outstanding speed and both already have more than 1,000 yards receiving on the season.

Packers defensive coordinator Joe Barry will likely try to prevent Hill and Waddle from getting deep and making splash plays. That means a heavy dose of zones designed to keep Hill and Waddle in front of them and make the Dolphins methodically move the ball down the field on long drives.

Jaire Alexander has the speed to keep up with Hill and Waddle but Rasul Douglas does not and he will have to be physical with receivers at the line of scrimmage and be positionally sound.

The Packers defense is currently second in the league statistically, allowing opponents only 185.1-yards per game. They will have a big challenge on Sunday.

Hill and Waddle will get their catches but the Packers are hoping to minimize the damage they do and must accomplish that if they hope to pull off the upset.

Packers fans still have nightmares about Raheem Mostert who easily ran through the Packers for 220 yards and four touchdowns in the 2019 NFC Championship Game.

Mostert is leading the Dolphins in rushing with 746 yards and is averaging 4.9-yards per carry. Miami is not a great running team, they move the ball primarily through the air, but they should try to take advantage of the Packers leaky run defense. Miami only averages 96.9-yards per game rushing but they do average 4.3-yards per rush so when they do run, they are effective.

Green Bay will need Kenny Clark, De’Vondre Campbell and Quay Walker to play well to keep the Dolphins from running effectively. The Packers may also want to give rookie Devonte Wyatt more reps as he has been making some good plays against the run in limited action in recent weeks.

The Packers cannot allow Mostert to beat them again like he did three years ago.

Last week against the Rams, the Packers struggled at times to protect Rodgers and he was sacked three times and pressured a lot, especially in the first half.

The Dolphins have talented pass rushers and are 13th in the NFL with 35 sacks. Jaelan Phillips leads the team with seven sacks followed closely by Melvin Ingram with six. The Dolphins also added Bradley Chubb which gives them three solid pass rushers off the edge.

Rodgers is healthier than he has been in a long time after overcoming a broken thumb and injured ribs. The Green Bay offense needs to give Rodgers time to throw so he can take advantage of a Miami secondary that is ranked 27th in the league and is allowing 246.3-yards per game. If Rodgers has time to throw, he should be able to exploit the Miami pass defense.

The Packers offense has improved over the last five games since Watson had his breakthrough game against the Cowboys. Watson’s elite size and speed make him a dangerous and forces opposing defenses to account for him on nearly every play.

Watson doesn’t have to make eight catches for 100 plus yards but the Packers should get him at least one or two big plays and can use him as a decoy to get other receivers open and maybe get him the ball on end arounds or reverses which have been effective in the past few games.

The duo of Watson and Romeo Doubs along with veterans Allen Lazard and Randall Cobb should be able to make some plays against the Miami secondary that is ranked 27th in the league and allows 246.3-yards per game through the air.

Lazard and Watson will also have big size advantages if the 5’11” Noah Igbinoghene tries to cover them and Rodgers and the Packers should try to take advantage.

The Packers offense works best when they balance their offense and run the football enough to set up play action passes.

The duo of Aaron Jones and A.J. Dillon are both playing well and both can also be utilized as receivers out of the backfield to help keep the chains moving. Dillon has found his groove over the last three weeks and has returned to form. Jones needs 63 more rushing yards to top 1,000 for the season for the third time in his career.

The Dolphins have a good run defense which ranks 10th in the league and has allowed 111.3-yards per game.

The Packers may not be able to get many chunk plays too often against a solid run defense, but they can’t get away from running the ball. Keeping the Dolphins explosive offense off the field and winning the time of possession will give the Pack a chance to pull off the upset.

The Packers recorded five sacks last week against the Rams and got consistent pressure on Baker Mayfield. Preston Smith led the way with two sacks and the Packers will need him to have another strong game against Miami.

Tagovailoa is not as mobile as he was in college due to a myriad of injuries he’s suffered over the years. The Packers need to take advantage of that and get Tua off his game.

Preston Smith and Kingsley Enagbare, who has been coming on as of late, need to get pressure on Tua along with Kenny Clark who adds pressure in the interior.

The Dolphins may be without starting LT Terron Armstead who is one of their best pass blockers. He did not practice Wednesday or Thursday and is dealing with multiple injuries. If he can’t go or is limited, the Packers will have an opportunity to take advantage of the matchup against his backup.

The Packers are more confident after their last two wins but they were against two struggling teams in the Bears and Rams. Winning on the road in Miami is a much bigger test and a victory would show that the Packers may just be able to win out.

The Dolphins big play passing game and running of Mostert will be big challenges for the Packers defense. If this game becomes a shootout, that doesn’t work in the Packers favor.

Green Bay is playing better lately and will keep it close but unless the Packers slow the game down and win the turnover battle, they will have a hard time keeping up with Miami who needs this game to improve their own playoff chances.