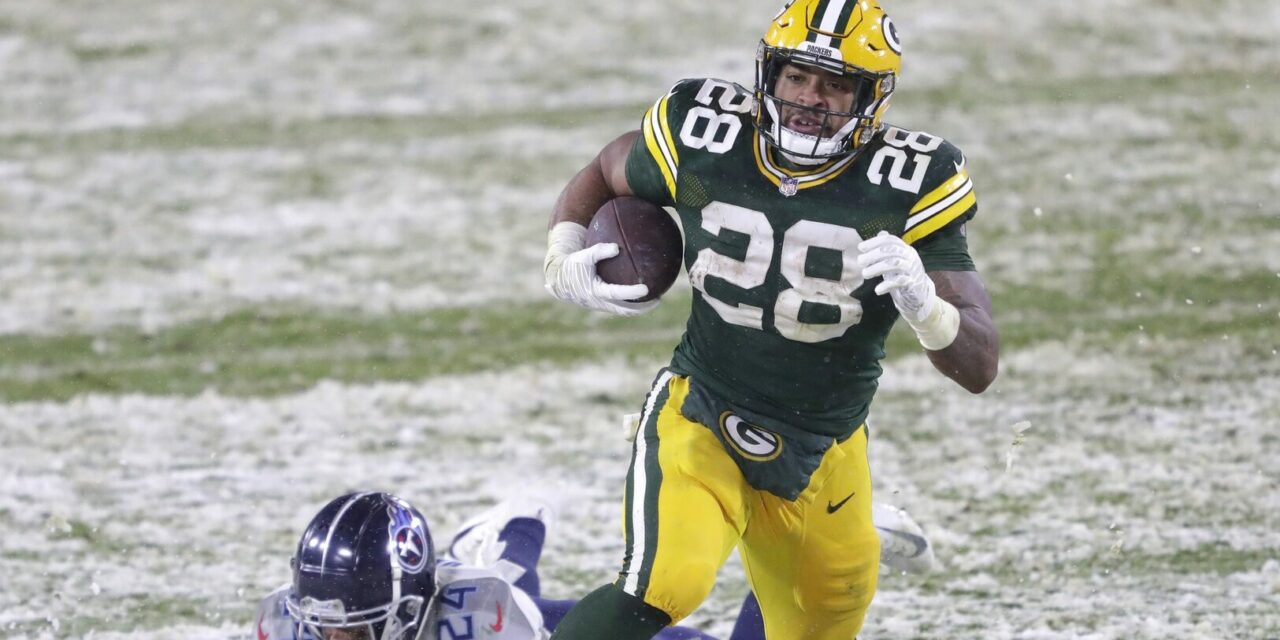 The Green Bay Packers host a Thursday night game at Lambeau Field when they face the Tennessee Titans on a short week. The Titans are 6-3 and in first place in the AFC South by 2.5 games.

The Packers ended their five-game losing streak last week with a 31-28 comeback win over the Dallas Cowboys. The win improved the Packers record to 4-6 and kept their thin playoff hopes alive. The Titans have won six of their last seven games and are coming off a 17-10 win over the Denver Broncos last Sunday.

The Packers trail the all-time series between these two teams 7-6-0. These two teams first met back in 1972 when the Titans were known as the Houston Oilers. The two teams have never met in the postseason. Green Bay has won two of the last three meetings between these teams including the last meeting at Lambeau Field in 2020 when the Pack blew out Tennessee 40-14.

Here is a look at six key factors that will determine who wins Thursday’s game at Lambeau:

This is by far the biggest key to this game as Henry is the focal point of the Titans offense. The running back has 923 yards in nine games and has scored nine rushing touchdowns.

Henry is a big back at 6’3” and 247 pounds but he has deceptive speed and is difficult to tackle. He has five games with more than 100 yards including a 32 carry, 219 yard effort against the Texans in Week 8.

The Packers run defense continues to struggle. Even in the win over the Cowboys, the Packers never slowed down the Dallas running game.

Green Bay ranks 26th in the NFL in rushing yards allowed per game with 140.6. The Packers will again have to get by without inside linebacker De’Vondre Campbell who has been ruled out again this week although Krys Barnes should be back in the lineup.

Quay Walker has been a little better against the run in recent weeks although the Packers need improvement from him and Kenny Clark among other players if they hope to contain Henry and the Titans.

The Packers need to contain Henry and force the Titans to pass the ball if they hope to win.

Last week, the Packers rushed for more than 200 yards for the second time in three weeks and they put up a season-high 31 points against a good Dallas defense.

The Titans have a strong run defense that is currently ranked second in the league allowing just 85.1 yards per game on the ground.

Aaron Jones is the most consistent and dangerous weapon the Packers offense has and if he can be effective, the offense can set up the passing game off Jones and A.J. Dillon’s ability to run the football.

Matt LaFleur and Aaron Rodgers need to continue to run the football even if they are not picking up long gains on the ground early. When the Packers offense abandons the running game, they struggle to move the ball and sustain drives. Running keep the Packers ahead of the sticks, prevents obvious passing situations and allows the defense time to rest.

It is a necessity that the Packers commit to the ground game enough to set up the play action pass game and to play complimentary football.

The Titans quarterback has long been an efficient if not spectacular starting quarterback who fits well within the type of offense the Titans want to run.

But there is a significant drop off in Tannehill’s effectiveness when he is under pressure. Because he doesn’t throw often and the Tennessee running game is so effective, Tannehill has been sacked just 15 times in seven games.

The Packers pass rush was not up to par against the Cowboys last week in their first full game without Rashan Gary. Kingsley Enagbare and Preston Smith are the starters now and they need to step up and get pressure on Tannehill. Jonathan Garvin has become the third man in the rotation.

Don’t be surprised if the Packers mix up their blitz packages and include Adrian Amos, Walker and Darnell Savage in those blitzes to try to pressure the Titans quarterback.

The Packers offensive line has played better in recent weeks since Elgton Jenkins moved back to left guard. David Bakhtiari has played well when he’s able to play and Yosh Nijman is improving at right tackle each week as well. The big question may be whether Bakhtiari will be able to play this week on short rest. Will his knee be ready to go Thursday? The fact that the game is on natural grass may help his chances.

Last week, the Packers did a good job of protecting Rodgers against the Cowboys highly regarded pass rush. Tennessee also has a formidable pass rush that enters this game ranked fourth in the league with 29 sacks.

Denico Autry leads the team with seven sacks followed by Jeffrey Simmons and Rashad Weaver who each have 5.5.

Autry and Simmons usually line up on the left side and would be a challenge for Nijman and Jon Runyan, Jr. Look for the Packers to have Marcedes Lewis and the team’s running backs to help protect Rodgers.

When given time last week, Rodgers was more accurate and effective. Running the ball effectively and staying out of third-and-long situations is another way the Packers can slow the pass rush of the Titans on Thursday.

While the Titans are good at rushing the passer, their pass defense ranks near the bottom of the league. Tennessee is allowing 272.6 yards per game through the air which ranks them 31st in the league.

The big question is are the Packers receivers be able take advantage of this vulnerable secondary. Christian Watson had his best game as a pro last week against the Cowboys but can he be consistent and do that again?

The Packers should get Randall Cobb back for this game and he, Allen Lazard and Sammy Watkins will give Rodgers three experienced targets to throw to.

Tight ends Robert Tonyan and Josiah Deguara and the team’s starting running backs should also be part of the team’s passing attack.

If the Packers can take advantage of the Titans secondary, they should be able to move the football consistently.

The Packers created turnovers against the Cowboys with Rudy Ford intercepting two passes. The team was even in the turnover battle and that was enough for Green Bay to eke out a win.

The Packers defense needs to create a few turnovers and the Packers need to win the turnover battle or certainly do no worse than break even.

Giving the Titans short fields would make things difficult for the Packers defense.

The release of Amari Rodgers should reduce the number of fumbles on punt returns.

The Packers need to find a way to stop Henry. They did that in 2020. Henry won’t be held to 30 yards if he’s on the field all game but getting off to a quick start and putting the Titans in passing situations would reduce Henry’s impact in the game.

Both teams will be looking to run the football and both teams are capable. If the Packers run defense fails, this will be a tough game for the Pack to win.

Offensively, the passing game should be effective if the Packers don’t abandon the run too quickly.

It won’t be pretty, but the Packers will find a way. 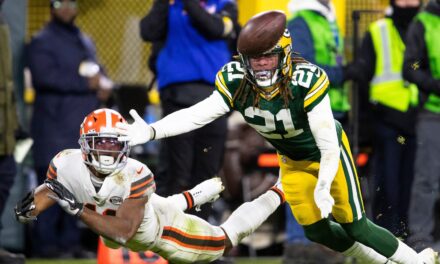