The Green Bay Packers play their first home game of 2022 when they host the Chicago Bears on Sunday Night Football in a clash between the oldest rivals in the NFL.

The Packers lost their season opener in Minnesota 23-7 and are 0-1 while the Bears upset the San Francisco 49ers in monsoon-like conditions, 19-10 and are 1-0.

The Packers lead the all-time series between these division rivals 102-94-6 in the regular season while the team split their only two postseason meetings. The Packers have won the last six meetings between the teams and 11 of the last 12.

Here is a look at six key factors that will determine who wins Sunday’s game at Lambeau:

The Packers offense failed to involve their two running backs in the offense in Week 1. A.J. Dillon and Aaron Jones are the offense’s most dangerous weapons and yet they were mostly ignored against the Vikings.

Jones carried the football just five times but still gained 49 yards on the ground. Jones caught only three passes in the game. Dillon ran the ball 10 times and caught five passes on the day.

As a team, the Packers averaged more than six yards per rush although they only ran the ball 18 times which included two end arounds and a kneel-down by Rodgers on the final play of the first half.

Matt LaFleur needs to not only run the ball more but utilize both Jones and Dillon more effectively as weapons in the passing game.

The Bears defense allowed 176 yards on the ground against San Francisco so the Packers should be able to run the football on the Bears.

The Bears defense used to be one of the best units in football but they have fallen off in recent seasons. Still, the Packers offensive line struggled to protect Aaron Rodgers in Week 1 and allowed four sacks and numerous pressures.

The right side of the line was the most vulnerable with Jake Hanson started at right guard and Royce Newman moving to right tackle. Both struggled in pass protection throughout the game.

The status of left guard Jon Runyan, Jr. remains up in the air. Rookie Zach Tom replaced Runyan after he left the game early in the second half with a concussion and proved to be a solid run blocker.

The status of Elgton Jenkins and David Bakhtiari, the Packers two best linemen, remains uncertain. Both were limited participants in practice midweek. Getting at least one of them back in the lineup will help the pass protection significantly. Jenkins was considered closer to returning than Bakhtiari but the return of either remains uncertain until it happens.

Whoever is in the lineup will have to slow down Dominique Robinson who recorded 1.5 sacks for the Bears against San Francisco.

The Packers have struggled in recent years to contain quarterbacks who can escape pressure and turn scrambles into big gains. Fields fits that description quite well. In fact, at this stage in his career, his legs are probably a more dangerous weapon for the Chicago offense than his arm.

In Week 1, Fields ran the ball 11 times for 28 yards in the rain. The Packers may opt to have a linebacker, most likely De’Vondre Campbell, to act as a “spy” to make sure Fields doesn’t run for long gains when he gets pressured and plays break down.

The secondary also needs to stay with receivers for longer when Fields escapes from pressure. The secondary had trouble picking up receivers as they crossed from one part of the zone defense to another in Week 1. They need clean that up against the Bears and moving forward if the defense is to reach its potential.

If the Packers can slow down the Bears running game including Fields’ ability to scramble, they can force the second-year quarterback to beat them by throwing the football.

Fields has a strong arm but his accuracy and ability to read defenses are still not strengths of his game. Forcing the inexperienced quarterback to stay in the pocket and beat you with his arm would give the Green Bay defense a big advantage in this game. The more 3rd-and-longs and other obvious passing situations the Bears find themselves in, the more the Green Bay defense can tee off on Fields and force the Bears to beat them with their passing game.

The Bears secondary is vulnerable especially at cornerback. Last year, they finished third in the league in average passing yards allowed per game in part because they were behind so often and other teams were more likely to run.

The status of Allen Lazard, who missed the season opener due to an ankle injury, remains uncertain. Lazard was a limited participant in practice on Wednesday. Getting Lazard back will help the Packers passing offense but either way, they need to integrate the young receivers into the offense more.

Incredibly enough, Packers special teams were not a major problem against the Vikings. New punter Pat O’Donnell did his job well both as a punter and a holder while the punt and kick return units didn’t give up any big returns or commit any costly penalties.

Amari Rodgers was decisive on his one punt return and went north-south immediately and gained 12 yards. He may have been a little eager to make fair catches but again, that didn’t cost the Packers significantly.

The Packers had only one kick return with Amari Rodgers gaining only 14 yards on that runback.

Mason Crosby hit on his only extra point and his kickoffs were fine with one touchback on two kickoffs.

The Packers need their special teams units to continue to play well and do no harm to the team. Hopefully, Rich Bisaccia’s units can build on that. They need to keep kick returner Trestan Ebner from breaking off a long kick return and to continue to minimize mistakes.

This is almost a must-win game for the Packers as they would fall to 0-2 in the division and face the Bucs on the road in Week 3.

The Packers should be able to run the football on the Bears and the team should be better prepared this week.

Getting back Allen Lazard and possibly one of the team’s injured offensive linemen will help even more.

The Packers are the better team and they’re at home in front of a national television audience. 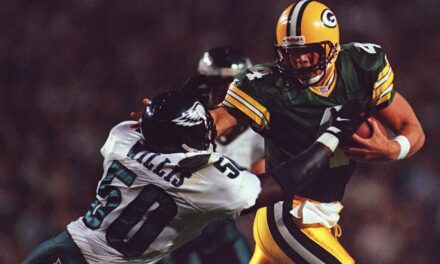 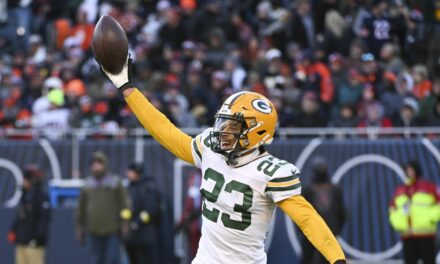 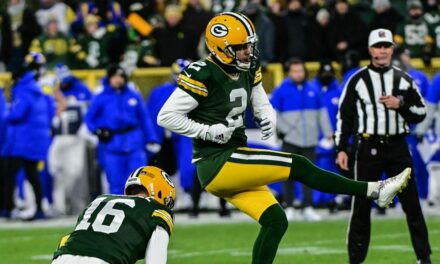