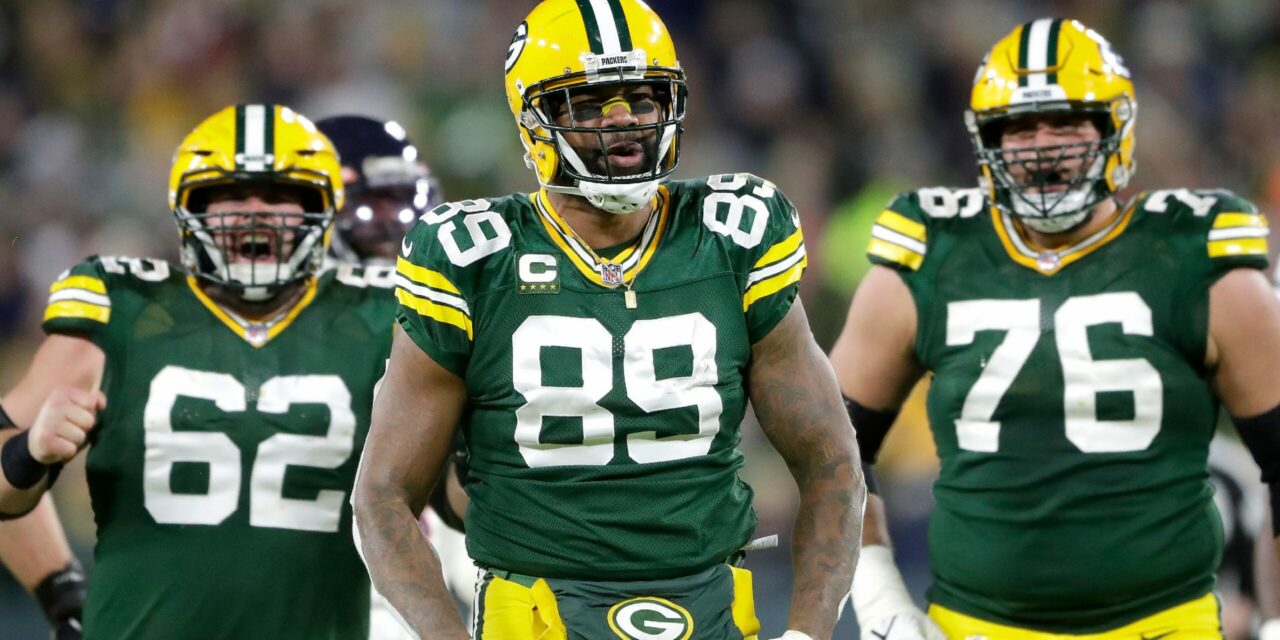 There is often a fine line between winning and losing in the National Football League, something the Green Bay Packers know very well. That means that to win consistently, you often need to get key contributions from role players, backups and special teams performers, not just from your stars.

The Packers demonstrated that last Sunday in their 26-20 win over the Dolphins, a game where several role players stepped up and had big moments that contributed to the team’s upset victory that kept their playoff hopes alive.

Here is a look at some of the role players who stepped up and had big moments that contributed to the Packers win over Miami:

Reed made a momentum changing play just before the half. With the Packers down 20-10 and Miami near midfield and trying to add to their lead, Reed stripped Tua Tagovailoa of the football and recovered the fumble himself. That gave the Packers the football at the Miami 49 with 1:55 left in the half.

The Packers turned the turnover into a field goal which made it a one score game before the half.

This changed the momentum of the game. The Packers received the second half kickoff and tied the game on an 11-play, 78-yard drive that took up 7:07 on the clock, culminating with a one-yard touchdown run by A.J. Dillon.

Reed finished the game six total tackles, a sack, a forced fumble, a fumble recovery and two quarterback hits. His strip sack and recovery helped change the momentum of the football game and was the first of four turnovers the Packers forced.

Crosby is already the Packers all-time franchise leader in points but on Sunday, he passed Brett Favre for the most consecutive games played in Packers history.

In the game, Crosby also came up big for the Packers, hitting two extra points and four out of four field goals. When you consider how the Packers offense struggled in the red zone and couldn’t turn any of the four turnovers forced by the defense into touchdowns, Crosby’s ability to kick field goals was critical.

The veteran kicker was personally responsible for 14 of the Packers 26 points in this game and they wouldn’t have won it without him.

When Keisean Nixon was injured in the first half, Gaines came in and played the first 13 snaps on defense in his NFL career. Keep in mind, the Packers were facing a dangerous receiving corps that featured Jaylen Waddle and Tyreek Hill, two of the fastest wideouts in the game today. Both went over 100 yards in the game.

But when Gaines subbed into the nickel and dime packages, the Dolphins were unable to pick on him and failed to score any points in the second half.

Gaines made three total tackles and didn’t allow any big plays while the Packers intercepted three passes in the second half to win the football game. Tua had just 81 yards passing after halftime in this game and that was with Gaines and Darnell Savage subbing for Nixon in the slot and nickel and dime packages.

Taylor was in the game for only five offensive snaps in Miami, mostly because Aaron Jones is still not 100 percent healthy but Taylor made the most of his chances. During the Packers lengthy touchdown drive to open the second half, he caught a key pass on 3rd-and-9 from the Packers 45 that gained 17 yards and kept the drive alive.

On the very next play, Taylor did a good job protecting Aaron Rodgers. He picked up a blitzing defender and gave Rodgers time to find his receiver on a 31-yard pass that gave the Pack 1st-and-goal at the Miami 7.

The player who caught that 31-yard pass was tight end Marcedes Lewis. Two plays later, Dillon scored and the game was tied.

Lewis also caught the Packers first touchdown in the first quarter, a one-yard toss from Rodgers that tied the game at 10-10.

“Big Dog” had four catches for 34 yards for the season entering the game. He had only two catches against Miami but both were critical to the victory. Lewis also did his usual fine job of blocking which doesn’t make headlines but is always appreciated by his teammates and coaches.

Yosh Nijman was injured and Royce Newman came in to replace him at right tackle. Newman did commit a pair of penalties but only gave up one pressure all game according to Pro Football Focus and he was not responsible for either of the two times Rodgers was sacked.

Newman had taken only one offensive snap since being benched after the loss to the Jets in Week 6. He could have sulked and pouted but instead, he was ready when called upon against Miami and did a solid job while playing 48 plays against a Dolphins defense that blitzes often and usually does a good job getting to the quarterback.