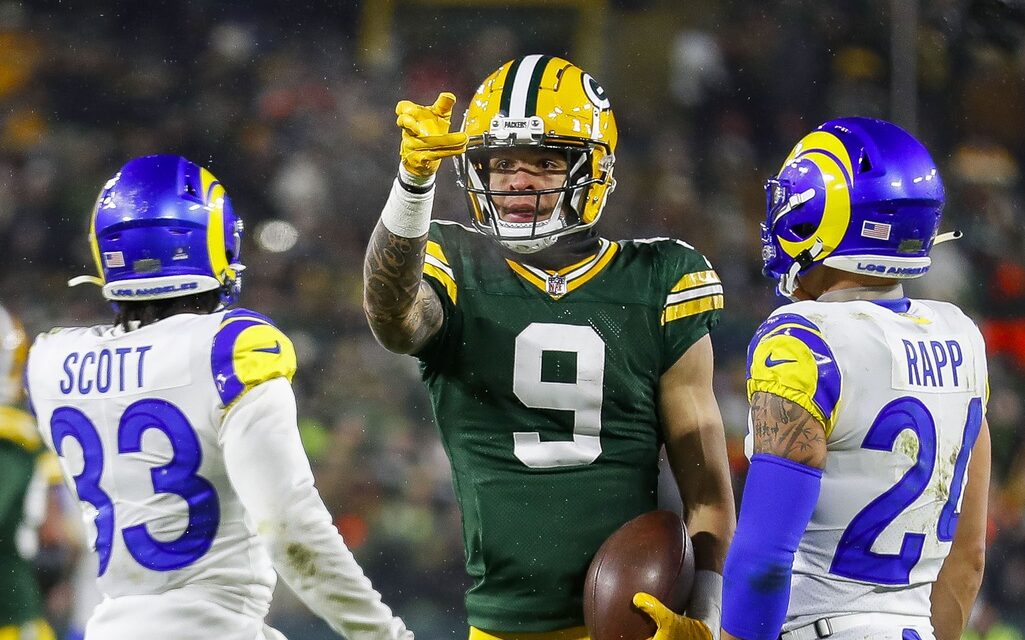 The Green Bay Packers controlled the football for more than 37 minutes and A.J. Dillon ran for two touchdowns as they defeated the Los Angeles Rams 24-12.

Aaron Rodgers threw for 229 yards and one touchdown while Aaron Jones gained 90 yards rushing and caught a touchdown pass and Preston Smith recorded two sacks to lead the Pack.

The win improves the Green Bay’s record to 6-8 on the season and keeps their slim playoff hopes alive. The Rams fell to 4-10 with the loss and were officially eliminated from playoff contention.

Here are 10 things we learned from the Packers 24-12 win over the Rams:

Green Bay held on to the ball for the final 8:51 of the game and could have easily added to their point total if they needed to as they had the ball first and goal at the Rams 3 with less than two minutes left but just elected to run three plays in victory formation.

The offense ran the ball 35 times and threw it 30 which showed good balance and the game’s outcome rarely felt in doubt.

Romeo Doubs returned to the lineup for the first time in four weeks and led the team with five catches on five targets for 55 yards. Rodgers looked to Doubs early and he quickly showed why he’s a dependable target, turning in some key catches that kept the sticks moving.

Doubs and Christian Watson teamed up to make a potentially strong duo of receivers with Watson adding four catches for 46 yards although his touchdown streak ended at four games.

These two could well represent a solid future at wide receiver for the Packers for the rest of this season and for several years to come.

The Rams had to play without Aaron Donald and the Packers took full advantage by running the ball 35 times for 138 yards although that included three kneel downs by Rodgers to close out the game.

Jones led the way with 90 yards on 17 carries and consistently broke off good runs. Although his long gain was just 14, eight of his 17 carries went for five yards or more. He lost one controversial fumble on a play that looked like his forward progress had been stopped.

Dillon ran for two touchdowns and looked good early before leaving the game to be checked for a concussion. He also caught three passes for 35 yards and proved he is an underutilized weapon as a receiver out of the backfield.

The Rams have a good run defense but the Packers moved the ball well on the ground for most of the game.

The Rams offensive line has been hampered by injuries all season and they suffered another one early when starting center Brian Allen left the game. But the Packers were able to take full advantage and recorded five sacks of Mayfield along with nine quarterback hits.

Mayfield is still learning the Rams offense after signing with them 13 days ago but he didn’t have time to accomplish much in this game.

Preston Smith led the way with two sacks and four quarterback hits, Quay Walker looked effective at times as a blitzer and recorded a sack and Devonte Wyatt and Justin Hollins each had half a sack as well.

The Packers pass rush had struggled since Rashan Gary got hurt. While the Rams offensive line is beat up, the Packers took full advantage and it was a major reason the defense held LA to just 156 total yards for the game and 84 net passing yards.

Rookie fifth-round pick Kingsley Enagbare recorded a sack, a quarterback hit and broke up a pass. Enagbare has gotten more playing time since Gary got hurt and is starting to look like a steal that late in the draft.

The former South Carolina star continues to improve with each game and should provide the Packers with quality reps on the edge for the rest of this season and beyond.

Rasul Douglas came up with a big play early in the fourth quarter when he intercepted Mayfield in Rams territory. Unfortunately, Douglas tried to lateral the ball back to Adrian Amos who luckily recovered the botched attempt to get him the ball.

After seeing how the Raiders beat the Patriots on a stupid attempt at a lateral on Sunday, what was Douglas thinking on that play?

Unfortunately, the Packers turned the ball back to the Rams two plays later when Jones fumbled so the interception did not result in any points.

Douglas did a good job to come up with the pick but should be smarter about attempting a lateral on a play like that.

The Rams were called for eighth penalties in this game and that clearly helped the Packers secure the win. Los Angeles gave the Packers three first downs by penalty which helped keep some of those long drives alive.

Offensively, the Rams set up Mayfield into some obvious passing situations with their penalties and that helped the Packers defense tee off on the quarterback who is still getting familiar with the playbook and his new teammates.

Like most bad football teams, the Rams hurt themselves again and again in this game.

Keisean Nixon had another electrifying game as the Packers return specialist. He averaged 18 yards on two punt returns and 31.7 yards on three kick returns including a 52-yard effort.

Any time Nixon touches the ball, he is a threat to break a long return and his numbers would have been even better if penalties didn’t wipe out some more gains he made.

It’s mind boggling how the Packers had Amari Rodgers returning punts ahead of Nixon for so long this season.

Kicker Mason Crosby tied Brett Favre’s record for most consecutive games played in franchise history. Crosby hasn’t missed a game since joining the Packers in 2007 which was Favre’s final year in Green Bay.

He has now appeared in 255 consecutive games for the Packers and can break the franchise record on Sunday when the Packers face the Dolphins.

While the last two wins came against bad teams, the Packers do have two of their final three games at home which helps.

The longer the team stays in it, the better their chances become and at least they are keeping things interesting for at least one more week. 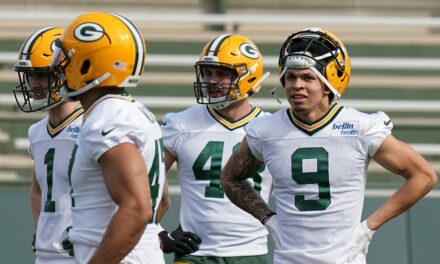 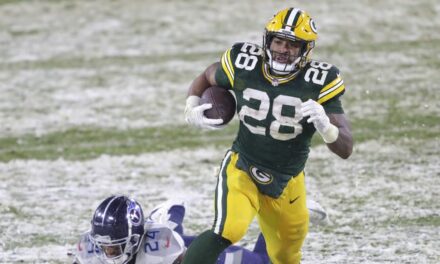