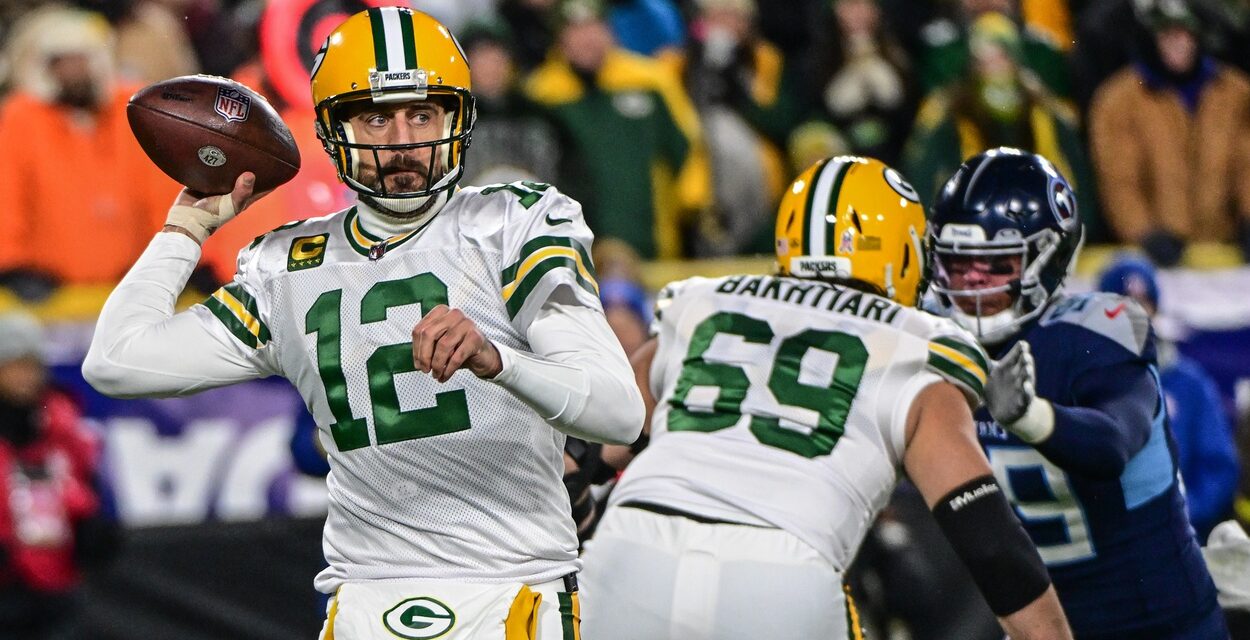 The Green Bay Packers had their chances but couldn’t make key plays when they needed them and fell to the Tennessee Titans 27-17 at Lambeau Field.

Randall Cobb had a strong performance in his first game back off the injured reserve, catching six passes for 73 yards while Christian Watson had two more touchdown catches but the Titans were able to pass the ball effectively against the Packers and other than a key interception by Rasul Douglas, the defense was unable to stop the Titans offense consistently.

The loss drops the Packers to 4-7 on the season and damages their already slim playoff prospects. The Titans improved to 7-3 with the win.

Here are 10 things we learned from the Packers frustrating home loss to the Titans:

The biggest challenge facing the defense was to stop Derrick Henry who is considered the best running back in the NFL by many experts.

They did a good job of containing the big back, holding him to 87 yards on 28 carries which averages out to only 3.1-yards per carry. His long run of the game was just nine yards.

If you would have told Matt LaFleur his team would hold Henry to less than 100 yards rushing and to such a low average per rush before the game, he would have expected to win. But that didn’t happen.

The Green Bay defense emphasized stopping the run but that left the passing lanes wide open.

The Titans pass offense entered this game as one of the worst in the league but they certainly didn’t look like it against Green Bay. Joe Barry’s defense sold out to stop the run and they did, but Ryan Tannehill threw for 333 yards and two touchdowns after completing 22-of-27 passes.

The Packers secondary went back to the more passive zone coverages and Tannehill just picked them apart all game.

Rookie Treylon Burks had a big day, catching seven passes on eight targets for 111 yards including a 51-yard pass.

The chunk plays were there all game through the air as Tannehill completed passes of 51, 42, 32 and 31 yards in this game which made up roughly half of his passing yards in the game.

The coverage was loose and the secondary just seemed out of position and beaten too often to win this game.

Officially, the Packers recorded three sacks in this game with Preston Smith picking up 1.5, but over the course of the game, the Packers blitzed with regularity but just couldn’t get consistent pressure on Tannehill who proceeded to pick apart the Green Bay secondary.

When you blitz but don’t get home, that leaves a lot of single coverage of depleted zones and the Titans took full advantage of those opportunities.

Good quarterbacks will pick the Packers secondary apart if the pass rush doesn’t improve in their remaining games. They don’t necessarily need a lot of sacks but they do need to disrupt the pocket and get more pressure.

First-round pick Quay Walker had his best game of the season so far, making 11 total tackles in the game including half a sack and one tackle for loss. Walker appears to be more confident and comfortable in the defensive scheme and that is an encouraging sign for the Packers.

Krys Barnes played in place of the injured De’Vondre Campbell and made an impressive tackle to prevent a first down. He also led the team with 12 total tackles and recorded one sack.

Cobb returned to the lineup after his stint on IR and caught six passes on six targets for 73 yards. The veteran gives the Packers a reliable weapon from the slot.

Quarterback Aaron Rodgers is clearly more comfortable throwing to Cobb and the veteran receivers than he is the younger ones. Getting Cobb back was helpful to the offense overall and the Packers hope his production will continue.

Rodgers’ was not consistently accurate in this game. He was only sacked once and hit three times in this game, but his footwork wasn’t always good and his passes often fluttered off target in key situations.

It may still be due to his injured thumb, his impatience and lack of trust with his receivers or his displeasure with the play calling, but overall, Rodgers looked very average again tonight and that’s not something we’ve seen in recent years from the future Hall of Famer.

Veteran kicker Mason Crosby had his struggles. He had an extra point blocked on the final play of the first quarter which the Packers were able to get back by converting a two-point conversion later in the game.

But Crosby’s kickoffs were also very short throughout the game which helped give the Titans favorable field position.

Crosby needs to improve his kickoffs because this team is so dependent on field position especially with the offense struggling the way it has most of the season.

As happens so often in games the Packers lose, they did not run the ball often or consistently in this contest. Aaron Jones gained 40 yards on 12 carries while A.J. Dillon had just 13 yards on six carries. As a team, the Packers gained just 56 yards all game and averaged 2.9-yards per carry.

The fact that Tennessee held on to the ball so long in the second quarter seemed to disrupt the Packers intention of running the football and they never fully got back to it.

This offense is just not good enough to put up a lot of points by throwing the ball 40 times a game. The offense needs a balanced attack but they didn’t have that against the Titans.

One of those catches looked like a Randy Moss special where Rodgers threw the ball high in the end zone and relied on the size of Watson to beat the defender.

For the game, Watson caught four passes for 48 yards on six targets and had the two scores.

He is rapidly becoming a bigger part of this offense and is starting to show more of the potential GM Brian Gutekunst saw when he traded up in the second round to draft him.

At 4-7, the Packers now need to 5-1 or better down the stretch to have any chance to make the playoffs. They travel to Philadelphia next week to take on the 8-1 Eagles. If they lose that game, they will have to win out to finish with a winning record.

The season isn’t over, but unless this team executes better and plays smarter football in all three phases of the game, they won’t be able to have the strong finish they need to reach the postseason.