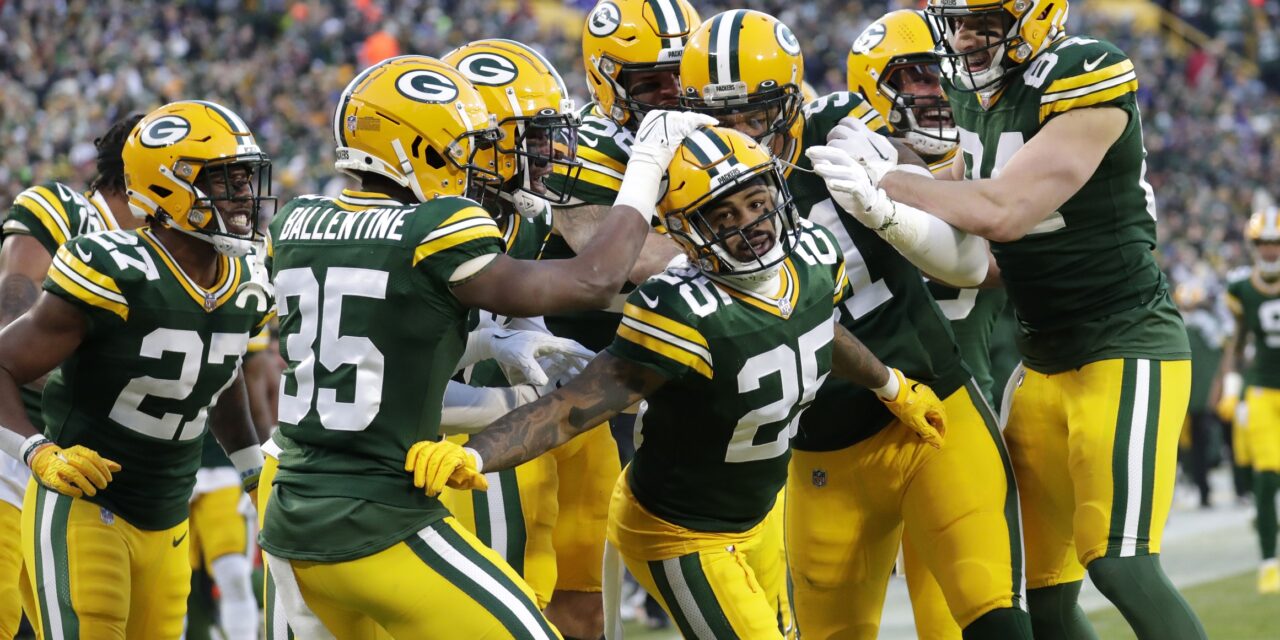 The Green Bay Packers won their fourth straight game with a dominating performance over the Minnesota Vikings, 41-17.

The win improves the Green Bay’s record to 8-8 on the season and they now control their own playoff destiny. The Vikings fell to 12-4 and lost their chance to take over the top seed in the NFC playoff race.

Here are 10 things we learned from the Packers 41-17 win over the Vikings:

Defensive coordinator Joe Barry has been criticized all season for his unit’s inconsistent play and questionable strategies. They’ve also struggled to make in-game adjustments especially in the first half of the season.

The defense also came up huge early in the game. After the Vikings blocked a punt, they had the ball 1st-and-goal just outside the Packers 1. The defense forced an incompletion and then stuffed Dalvin Cook twice to force the Vikings to settle for a field goal. Minnesota wouldn’t score again until the game was way out of reach. That hold gave the team momentum after the deflating blocked punt and on the ensuing kickoff, Nixon took it to the house and the Packers never looked back.

For most of the game, the Packers did everything they needed to do defensively to stop an explosive Vikings attack. The result was a vital victory.

Statistically, the Packers didn’t dominate the game. In fact, Minnesota outgained the Packers 346-315 although many of the Vikings yards came in garbage time after the Packers had built an insurmountable 41-3 lead.

But the Packers got one touchdown on a kick return, one on a pick-six and won the turnover battle 4-0 to make the game a one-sided affair.

The only big play the Packers gave up when it mattered most was the blocked punt early in the game but after that, the big plays all went the Packers way.

The Green Bay defense continued to get pressure on opposing quarterbacks. While officially, the Packers only recorded two sacks, they were credited with eight quarterback hits.

The big play was the strip sack and fumble recovery by Kenny Clark. Justin Hollins had two hits and a sack and Jarran Reed and Kingsley Enagbare each had two hits as well.

The pressure caused turnovers and prevented the Vikings from being able to throw the ball downfield consistently.

When the Vikings faced key plays to keep drives alive, the Green Bay defense was in Cousins’ face and as a result, Minnesota finished the game 5-for-12 on third downs with many of the successful conversions coming in garbage time.

Barry has figured out how to create pressure without Rashan Gary being available with a good mix of edge rushers, inside pressure and the occasional blitz.

Jones has been playing through injuries in recent weeks and hasn’t always been available for a full game. But the Packers gave him the ball early in this game and he was effective throughout.

Jones finished the game with 111 yards on 14 carries with 90 yards coming on nine carries in the first half.

The Vikings couldn’t stop Jones from breaking off solid runs and he averaged 7.9-yards per carry. Almost every time he touched the ball, he kept the Packers in second or third and manageable situations when he didn’t pick up a first down.

Jones has now surpassed the 1,000 yard rushing mark for the third time in his career.

That set up A.J. Dillon later in the game and Dillon scored his 6th touchdown in his last five games. The running game was successful and it helped the Packers control the ball for 34:04 compared to 25:56 for the Vikings. That kept the explosive Vikings offense off the field.

In the week leading up to the game, there was a lot of focus on the presumed matchup between Vikings wide receiver Justin Jefferson and Packers cornerback Jaire Alexander.

In Week 1, the Packers didn’t have Alexander covering Jefferson much and the Minnesota receiver had a field day. He caught nine passes for 184 yards and two touchdowns in the game and the Packers had no answers for his speed, hands and route running.

But in the rematch at Lambeau, the Packers had Alexander following Jefferson for much of the game with the rest of the defense playing zone behind him.

Alexander did a great job of covering Jefferson and played his best game of the season. Jefferson caught only one pass in this game for 15 yards. He was targeted five times and was clearly frustrated throughout the game, throwing his helmet to the ground on the sidelines several times and inadvertently striking an official once.

Jefferson entered the game as the league’s leading receiver. He left it ineffective and frustrated.

Packers kicker Mason Crosby is 38 years old and has been with the team since 2007. While his kickoffs have been inconsistent this season, he came up big right before the half.

The veteran kicker booted a 56-yard field goal that hit the crossbar and bounced over it for the longest kick of the year for Crosby.

Some games, nearly everything goes right and this was one of those days for the Packers.

The 56-yard field goal was third longest of Crosby’s career, two yards shy of his 58-yard effort set back in 2011.

The Packers special teams had been playing better in recent weeks and later came up with some big plays like the Nixon kickoff return. But the Packers first drive in disaster when Josh Metellus of the Vikings blocked Pat O’Donnell’s punt which set the Vikings up at the Green Bay one-yard line on their first possession.

The Packers defense held the Vikings to a field goal and Nixon scored on the ensuing kickoff but this is the second time an opposing team has gotten to a punt this season. The first came against the Jets but it was not technically considered a blocked punt because the ball carried beyond the line of scrimmage.

The Packers got out of this one relatively unscathed but Rich Bisaccia and company will need to shore up the team’s punt protection scheme before the season finale against the Lions so this doesn’t cost the Packers a must-win game and a playoff berth.

The Minnesota Vikings has two good edge rushers in Danielle Hunter and Za’Darius Smith and the Packers lost starting right tackle Yosh Nijman in the first half to an injury. He was replaced by rookie Zach Tom who had started the last three games at left tackle in place of David Bakhtiari. Bakhtiari was able to play today for the Packers.

Despite all the juggling along the line, the Packers held up well, allowing only one sack and three quarterback hits all game. The sack was a bad play by Rodgers who held the ball far too long and it cost the Packers 16 yards.

The fact that the Packers were running the ball so effectively and leading for nearly all game helped but the Green Bay offensive line played well, opening holes for the running backs and protecting Rodgers well despite the changes in the lineup.

As Rodgers said after the game, this was the first time all season the Packers played complimentary football. The offense and defense both played strong games and did what they needed to do to help the other units.

This game showed the potential Packers fans knew this team had but he hadn’t seen until this point. It was certainly encouraging to see the team play such a solid all around game and it will need to happen again if the Packers hope to make the playoffs and possibly even win a game or more in the postseason.

After the loss to the Eagles, the Packers were 4-8 and had a two percent chance of making the playoffs according to most experts. Now, the team controls their own destiny. The Pack’s four-game winning streak combined with the help they got from the rest of a shaky NFC means if the Packers beat the Lions on Sunday at Lambeau Field, the Pack will be in the playoffs.

Matt LaFleur’s team cannot get overconfident after a convincing win against the Vikings and need to win one more game to complete a miraculous run to the playoffs. 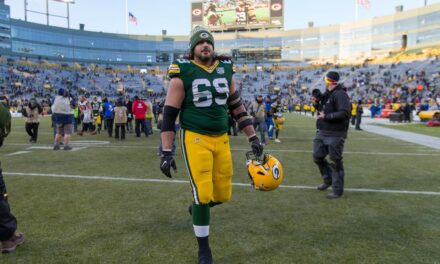