The Green Bay Packers bounced back in their home opener and beat the Chicago Bears 27-10 on Sunday Night Football. Aaron Jones led the way with 170 total yards and two touchdowns while the offense ran the ball well and distributed the ball effectively in the passing game.

The win evens the Packers record to 1-1 on the season and ties them with the Bears and Lions in the standings. The Vikings play Monday night against the Eagles.

Here is a look at 10 things we learned from the Packers 27-10 win over the Bears:

If the Packers can run the ball this effectively this season, the offense will be very tough to stop.

After a slow start, the passing game started to click and Aaron Rodgers did a nice job of distributing the ball and getting all his receivers involved in the game.

Rodgers finished the game by completing 19-of-25 passes for 234 yards and two touchdowns. He completed passes to eight different receivers although none of them had more than three catches on the day.

Without Davante Adams available, Rodgers did a good job of finding the open man. Six different receivers had three targets each with Sammy Watkins being the only receiver with four targets.

The passing game was rarely spectacular but it was extremely efficient and played off the strong running game quite well.

The Packers defense finally showed what it was capable of after a slow start. After giving up a 71-yard touchdown drive on the Bears first possession, the defense did not allow Chicago another first down until midway through the third quarter. In fact, the next five Chicago drives netted the Bears 20 total yards of offense.

For the game, Chicago picked up just 11 first downs and gained 228 total yards. Those are championship numbers for a defense.

The Packers came up big on third and fourth downs in this game and that helped them sustain drives on offense and end Chicago drives on defense.

The Packers were 5-of-9 on third down conversions while they held the Bears to a mere 1-for-7 on third down and a big fourth down stop on 4th and goal at the one that preserved the win in the fourth quarter.

Those are the key plays that turn a ball game around and the Packers won the battle on those plays on both sides of the ball.

Sammy Watkins is not a dominant receiver at this stage of his career, but he showed he can still make important contributions to the offense.

Watkins finished the game with three catches for 93 yards including a key 55-yard catch in the fourth quarter that helped the Packers clinch the win.

The long catch was a smart, veteran play off play action that showed that Watkins still has the speed to get deep and the veteran savvy to take advantage of the Bears inexperienced secondary.

The Packers top two edge rushers both played strong games and kept the pressure on Fields on those few occasions when he did drop back to pass.

Smith finished the game with two sacks, three quarterback hits and two tackles for loss while leading the team with seven total tackles.

Gary had one sack, one quarterback hit and two tackles for loss while being credited with two total tackles.

The duo did a good job of not biting on fakes, pressuring Fields and stopping the run on several occasions as well.

If they stay healthy, the Packers pass rush should continue to be a factor this season.

The Bears ran the football well in this game although most of the success came on two drives. Chicago totaled 180 yards on the ground and averaged 6.7-yards per rush. David Montgomery led the way for the Bears with 122 yards on just 15 carries.

The Packers had trouble with cutback runs and missed too many makable tackles that would have limited the longer gains.

The Bears got most of their rushing yards on two drives, the opening drive of the game which gave then a 7-3 lead in the first quarter and then a fourth quarter drive that went 13 plays for 94 yards but stalled on the Green Bay one when the Packers stopped Fields on 4th-and-goal at the one.

The run defense will have to be more consistent going forward but overall, the defense got the job done and played well.

The Packers had three injured players back in the lineup and they all helped the team earn their first win of the season.

Receiver Allen Lazard was back and caught two passes for 13 yards and a touchdown that put the Packers ahead 24-7 just before the half.

The Packers also got back two offensive linemen. Jon Runyan Jr. returned after missing most of the second half last week with a concussion. He played well at left guard. Elgton Jenkins saw his first action since his season-ending knee injury last November and did a good job at right tackle, solidifying the pass protection and improving the run blocking.

The return of these three players made Rodgers more confident and comfortable and provided the offense with more juice, skill and experience.

Having Royce Newman back at guard rather than tackle was an upgrade over Jake Hanson and the overall run blocking was better than it was a week ago.

The offensive line still allowed three sacks and four quarterback hits, something they need to improve before next week’s game in Tampa Bay.

The Packers special teams are far from spectacular, but for the second week in a row, they aren’t hurting the team.

The kick and punt coverage did a good job of making the Bears start deep in their own territory. Pat O’Donnell averaged 61 yards on his two punts including a 72-yard effort that still went for a 52-yard net after it rolled into the end zone for a touchback.

Mason Crosby hit on both of his field goal tries and Amari Rodgers broke off a 20-yard punt return although he continued to have trouble fielding and hanging on to the ball on his other two runbacks.

The Packers special teams are far from elite and they still have room for improvement, but they aren’t killing the team like they did so often in recent years and that’s progress.

Rodgers continues to play some of his best football against Chicago and is now 23-5 against them in his career with 63 touchdown passes and just 10 interceptions.

More importantly, the Packers seemed to get their confidence back and played better on both sides of the ball.

This game was practically a must-win for the Packers and they answered the bell and played a strong game overall. They still have work to do but this is a win they can build confidence from as they head to Tampa Bay for a tough challenge next week against Tom Brady and the Bucs. 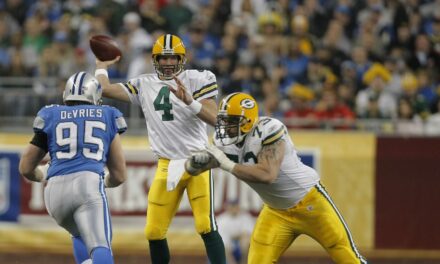 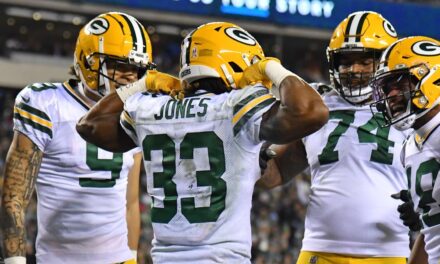 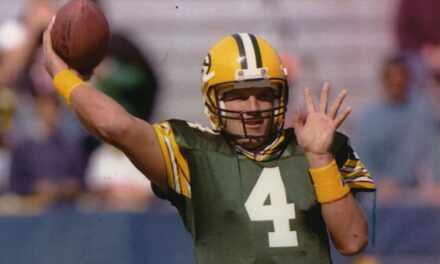 Flashback 1997: Brett Favre Leads the Green Bay Packers to Their First Ever Win Over Miami