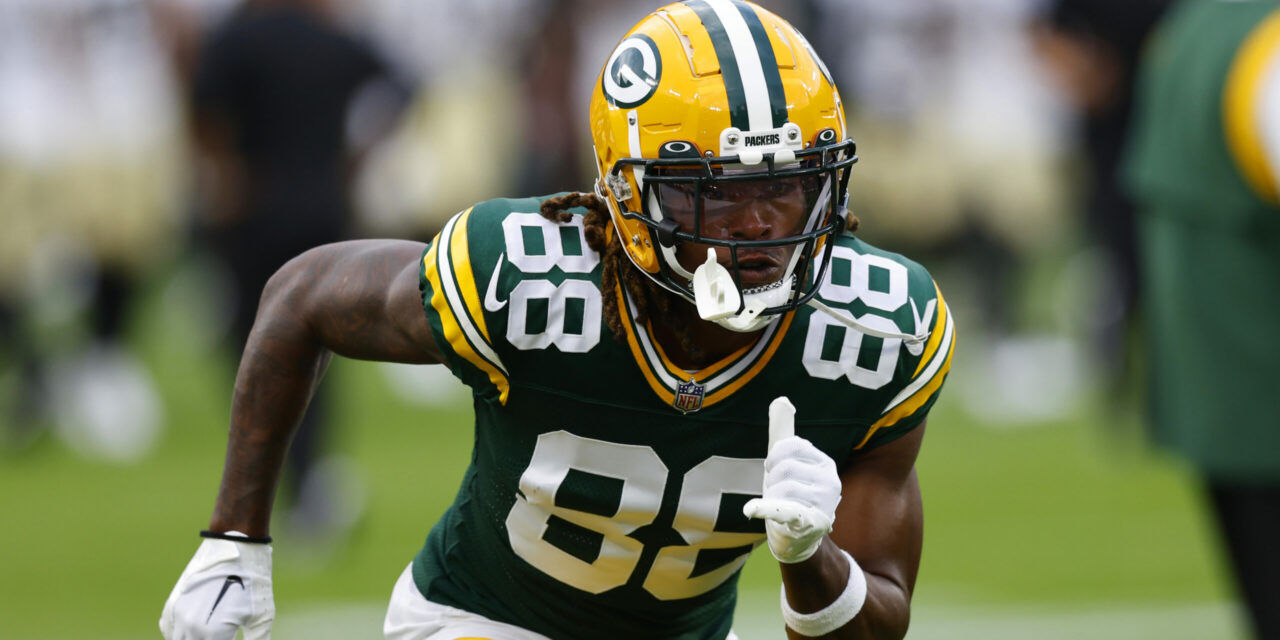 The Green Bay Packers made their final cuts on Tuesday to get down to the NFL mandated roster limit of 53 players. Most of the moves were expected but as always, there were some mild surprises in the players GM Brian Gutekunst and head coach Matt LaFleur decided to keep and let go.

Here is a look at the five players who were the biggest surprise cuts by the Packers on Tuesday. Some of these players could still be signed to the practice squad as soon as Wednesday and later elevated to the active roster for one game or on a full-time basis.

Obviously, the roster is never final and the Packers will be signing and releasing players throughout the season due to injuries, poor play or the availability of a player the team really wants to sign.

Jones would have been the largest Packers player of all-time if he made the team. The 6’9”, 370-pound Indiana alum showed promise in preseason action and improved throughout training camp.

The Packers kept seventh-round pick Rasheed Walker over Jones after Walker played well in the preseason finale against the Chiefs.

Jones would be an ideal practice squad candidate who the Packers could develop. He needs to keep his weight down and improve his footwork and technique but he has the talent and potential to develop into a quality NFL lineman with the right coaching and effort.

The Packers safety room has been devastated by injuries and Davis was no exception. A knee injury hurt his chances of making the final roster although he probably would have made it had he been healthy based on his play in preseason.

The Florida product played one game for the Packers last season and is a prime candidate for the practice squad once he’s healthy as he can give the team depth at safety and contribute on special teams as he did in his one game on the active roster a year ago.

Heflin surprised everybody by making the team last year as an undrafted free agent. He was a standout in the preseason, hustling and making play after play as a run stuffing defensive lineman. He finished the preseason with 10 total tackles including eight solo stops. He made a highlight-reel tackle for loss against the Chiefs that stuffed a run on a 4th-and-1 play.

The Packers ended up keeping seventh-round pick Jonathan Ford on the roster despite Ford’s unimpressive play during the preseason.

Heflin is a strong candidate to stick on the practice squad. His hustle and run-stuffing ability make him a solid choice to stay with the organization if no other team claims him.

Goodson was a fan favorite and the Packers leading rusher during the preseason, gaining 107 yards and scoring a touchdown in three games. The former Iowa star showed good burst through the hole and the ability to add yards after the catch as a receiver.

Taylor was the better pass protector and contributed more on special teams but ultimately, the Packers went with two running backs on their initial roster with Amari Rodgers slated to be the emergency third back.

The Packers will likely try to add Goodson and/or Taylor to the practice squad and may elevate a running back onto the active roster on game day until Kylin Hill is ready to return from the PUP list.

After getting repeated endorsements from Aaron Rodgers and playing well in training camp and the preseason, most experts thought Winfree would make the roster despite the team having a crowded wide receiver room.

Winfree was a veteran who ran consistent routes and caught most of the passes thrown his way.

In the preseason, Winfree caught seven passes for 75 yards. In the past, he was outstanding in preseason and training camp but was limited to just eight passes for 58 yards in two years with the Packers.

Winfree would probably be easier to keep on the practice squad than seventh round pick Samori Toure who has a higher upside but is less consistent right now.

Winfree seems like the release of Jake Kumerow all over again and hopefully his release will not anger Rodgers.

The Latest Updates On the Potential Return Of Injured Packers Players