The Green Bay Packers are holding on to slim playoff hopes with six games left on the schedule. But regardless of whether the team gets back to winning or continues to struggle, there are still many things that need to be figured out during the final six games of this season.

One of the areas the team needs to figure out is the safety position. Both the team’s starters have issues they need to resolve and the coaching staff needs to see how the players currently on the roster do to better determine their futures.

Here is a look at the safeties currently on the roster and what their status is as of right now:

Amos is scheduled to be an unrestricted free agent this offseason and the former Penn State star will turn 30 in April so Packers GM Brian Gutekunst has some difficult decisions to make regarding his future.

Amos has long been a consistent player who was rarely out of position and his teammates were able to take chances and make plays because they knew Amos would be where he is supposed to be and that would help prevent big plays.

Unfortunately, this season, Amos has been less consistent. Like all members of the Packers secondary, there have been communication issues regarding when to pass players to a teammate when the team is playing zone defenses.

According to pro-football-reference.com, opposing quarterbacks are completing 78.6 percent of their passes when targeting receivers covered by Amos this season and have a quarterback rating of 136.6. By comparison, a year ago, the completion percentage was roughly 16.5 percent lower and the quarterback rating was 35.2 points lower.

Amos needs a strong finish to this season to prove he deserves another contract with the Packers in 2023 and beyond.

Even if the team wants Amos back, it could be difficult to re-sign him because of the Packers cap issues but if Amos doesn’t play well, the decision will be easy even through no clear cut replacement is on the current roster.

Darnell Savage was playing at a near Pro Bowl level in the second half of the 2020 season but since then, his game has fallen off significantly and this season has been his worst since his rookie campaign.

The former first round pick out of Maryland is ranked near the bottom of the Pro Football Focus rankings among safeties and many of his efforts at tackling have been downright embarrassing. His half-hearted elbow thrown in the general direction of Bills quarterback Josh Allen was the most memorable example but far from the only incident where his efforts at tackling were noticeably poor.

In coverage, Savage has also been beaten badly far too often this season. He has no interceptions and has been credited with only two pass breakups after recording nine a year ago and 12 in 2020.

Opposing quarterbacks are completing 71.9 percent of their passes when throwing to receivers covered by Savage and their quarterback rating is 142.1 which is nearly 25 points higher than a year ago and more than double his 2020 rating which was just 67.3.

After Eric Stokes was injured, defensive coordinator Joe Barry did move Savage to cover the slot receiver on some occasions. Savage played a little bit better in that role but the team will need to see more from him in the final six games to determine how he should be used next season.

Savage will be back next season as the Packers opted to pick up his fifth-year option during the previous offseason. He is scheduled to become an unrestricted free agent after the 2023 campaign.

Ford was signed primarily for his ability to contribute on special teams. He has played 24 percent of the team’s defensive snaps and his numbers are substantially better than the two starters, at least statistically.

Thus far, Ford has two interceptions and opposing quarterbacks are completing just 54.5 percent of their passes when throwing to receivers covered by Ford. Their quarterback rating is 73.7.

Ford has only started eight games in his six-year NFL career with two of those starts coming this season with the Packers.

The former Auburn star is on a one-year deal so Gutekunst must decide whether to bring him back next season. It is unlikely Ford gets a long-term deal but the Packers may want him back for 2023 at or near the veteran minimum. His play the rest of this season will go a long way towards determining that.

Like Ford, Leavitt was brought in for his prowess on special teams and his experience working with Rich Bisaccia during his time with the Raiders. He is also on a one-year deal and will be an unrestricted free agent unless the Pack wants to bring him back.

Leavitt has played in all 11 games but has yet to take a snap on defense. He is viewed by the team as exclusively a special teams player and how he performs in that role will determine whether the team wants him back in 2023.

The former first round pick of the Raiders signed with the Packers earlier this month and has played two games with the team thus far and taken one snap on defense while playing 28 snaps on special teams. He is auditioning for a job in 2023 whether it’s with the Packers or another NFL team.

In the final analysis, all the Packers safeties have a lot to play for in the final six games this season. Starting jobs, roles and roster spots are all at stake regardless of how many wins the Packers accumulate down the stretch. 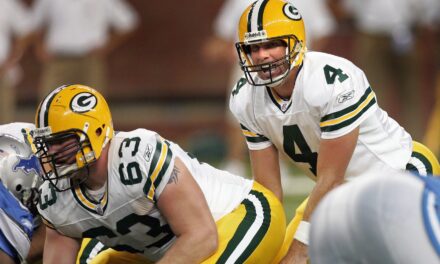