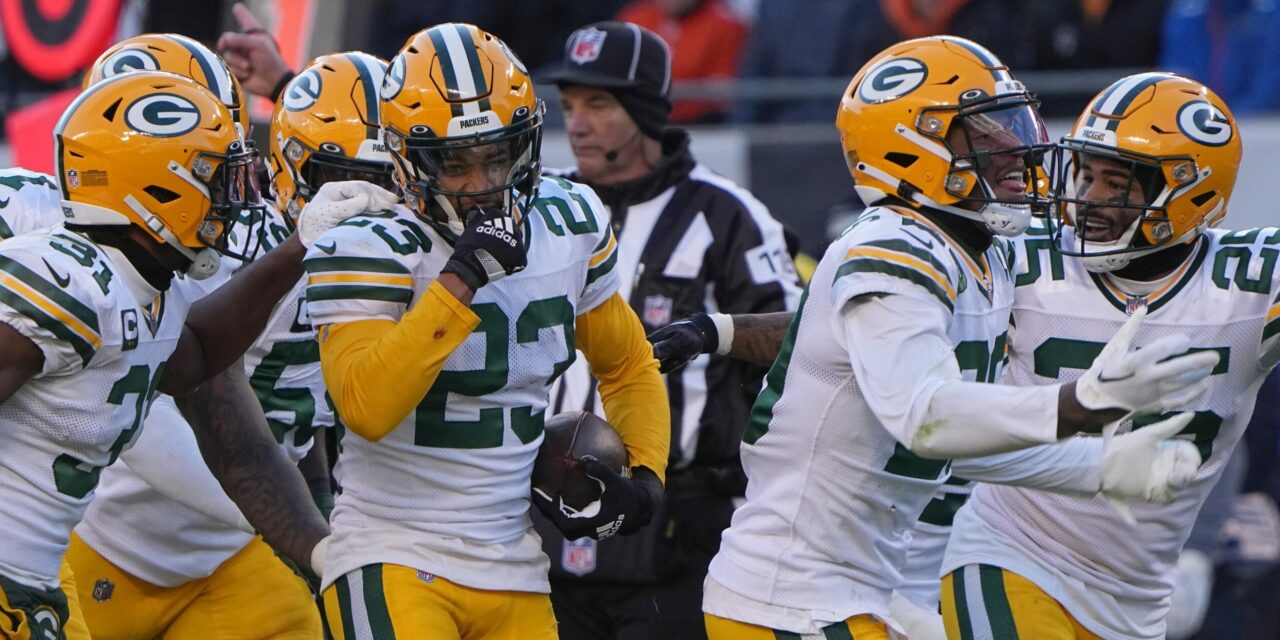 The Green Bay Packers secondary has had an inconsistent season, often struggling due to questionable schemes and disappointing play by key players. Jaire Alexander was voted to the Pro Bowl this year, but that was based more on reputation than the way he played this season. Overall, the secondary has had some good moments but has been less successful than anticipated.

This Sunday, the Packers travel to Miami to take on the Dolphins in another must-win game. They will also face two talented and fast receivers in Tyreek Hill and Jaylen Waddle and will need their secondary to play some of their best football if they hope to win the game.

Hill is having an incredible season in his first year with the Dolphins. He has made the Pro Bowl again this year, making it seven straight years he’s received that honor. He has 109 catches for 1,529 yards and seven touchdowns through 14 games. The yardage total is already a career high and he needs just two catches to match his career best set just one year ago.

The former West Alabama star is one of the fastest players in the NFL and has great chemistry with quarterback Tua Tagovailoa. Hill can be effective on both long and short passes. He is presently one of the most dangerous receivers in the NFL.

But the Packers cannot focus exclusively on Hill. Waddle also has outstanding speed and is averaging 18.0-yards per catch which presently leads the league among qualified receivers. Thus far, Waddle has 62 catches for 1,117 yards and seven touchdowns.

The Packers typically play a lot of soft zone defenses under defensive coordinator Joe Barry. We saw that against the Rams a week ago and it worked well for most of the game although Baker Mayfield and the Cooper Kupp-less Rams do not have the weapons the Dolphins will put on the field this Sunday in Miami. Twice in the first half, the loose zone allowed the Rams to convert on 3rd-and-long situations where the defensive backs gave too much cushion underneath while trying to prevent the big play.

We should see more soft zones against the Dolphins but this time, there are logical reasons for this when you consider the speed and skill of Miami’s receivers.

This is a game the Packers really could have used injured cornerback Eric Stokes. Stokes was struggling this season, but his elite speed would have allowed him to at least keep up with players like Hill and Waddle.

On Sunday, the Packers will rely on Jaire Alexander on one side and Rasul Douglas on the other. Alexander has the speed to keep up with the Dolphins receivers one-on-one but Douglas will have to rely on intelligence, film study and savvy.

Because of the speed and consistency of the Dolphins receivers, this is one of the games that playing a zone which is primarily designed to prevent Hill or Waddle from getting deep and scoring quickly makes sense. The one thing the Packers don’t want to do is get into a track meet with the Dolphins offense. Instead, they will want to slow the game down and make Miami go on long, slow drives that require many plays and hope for a sack, a holding penalty or a tackle for loss on a running play that helps stall the drive.

The Packers will also need to make sure they play their zone defense correctly. If Hill or Waddle cut across the middle of the field, the secondary needs to be sure that the next player picks up these speedy receivers as they enter each new zone of the defense.

In addition, the Packers need to get pressure on Tagovailoa. Injuries have slowed the former Alabama star’s ability to be run as well as he did in college. The Packers sacked Mayfield five times last week, but the Rams offensive line is decimated by injuries and the Dolphins unit is much more stable and talented at this point in the season.

If the Packers can get consistent pressure on Tagovailoa, that would also prevent the Dolphins from consistently throwing the ball deep downfield as they wouldn’t have enough time to throw deep. But it will take a lot more effort than it did on Monday night against Los Angeles.

The Dolphins receiving corps will be a big challenge for the Packers secondary. The team will have to play one of their best games Sunday to keep their playoff hopes alive. We will find out if they’re equal to the challenge.