The Green Bay Packers head into the 2022 NFL season with a talented roster that has impact players on both sides of the ball.

While the Packers remain the overwhelming favorites in the NFC North, no team in the NFL has unlimited depth and talent in the salary cap era. Teams are always looking for more help to bolster their roster and often need to find inexpensive options to add talent without breaking the bank.

Last season, the Packers signed veterans like De’Vondre Campbell and Dennis Kelly to accomplish this goal and both veterans paid off in different ways. Campbell became an All Pro at inside linebacker after starting all 16 games while Kelly provided depth and started some key games at right tackle later in the season when Billy Turner got hurt.

With that in mind, here are three positions (besides wide receiver) that the Packers may look to sign a veteran before training camp gets under way in July:

The Packers have a track record of signing veteran swing tackles over the last three seasons and in each of those three campaigns, the player they signed was called upon to make important contributions to the team when injuries hit.

In 2019, GM Brian Gutekunst signed Jared Veldheer who ended up playing some key late-season games and a playoff contest. One year later, Rick Wagner was signed and he ended up starting nine games. Finally, in 2021, the Packers inked Kelly who started four games and the playoff contest against San Francisco.

All three of these signees were experienced veterans who had been regular starters earlier in their careers but were now older and no longer up to starting all 16 (or now 17) games. But they provided veteran leadership and gave the team a reliable reserve lineman who could be relied upon to start a few games when injuries struck.

The closest the Packers have to an experienced backup on the roster now at tackle is Yosh Nijman who has eight career starts all of which came last season when both David Bakhtiari and Elgton Jenkins were injured.

With Jenkins likely to miss the start of the 2022 season as he rehabs from a serious knee injury, the Packers may look at add another veteran tackle to provide reliable, experienced depth at the position.

The Packers have two strong starters at safety in Darnell Savage and Adrian Amos but depth remains a question. Behind the starters, the Pack has Vernon Scott, Innis Gaines, Shawn Davis and Tre Sterling. None of the four candidates have never started an NFL game.

The Packers also have 2022 seventh-round pick Tariq Carpenter who played safety in college but will be moved to ILB with the Packers this year.

Joe Barry is expected to play a third safety less often in 2022 than in recent years, but if either Amos or Savage were to get injured, the Packers have no proven backups at the position.

Gutekunst may look to add an inexpensive but experienced veteran safety before training camp opens to fortify the depth at the position.

Like safety, the Packers have two strong starters but not a lot of depth at edge. Preston Smith and Rashan Gary give the team two players who can get to the quarterback consistently, but there are not experienced backups.

Last season, the Packers brought in veterans Jaylon Smith (not so successful) and Whitney Mercilus (helpful) to give the team depth after Za’Darius Smith was placed on IR after the season opener.

Right now, Jonathan Garvin and Tipa Galeai are the top backups but neither of them has extensive experience, nor have they provided consistent pressure off the edge.

The Packers did draft Kingsley Enagbare in the fifth round of this year’s draft but it’s unclear how much he will be able to contribute in his rookie season.

Gutekunst may look to add a veteran here like Mercilus who can provide experience and some pressure off the edge while the younger players contribute on special teams and learn to play on defense. 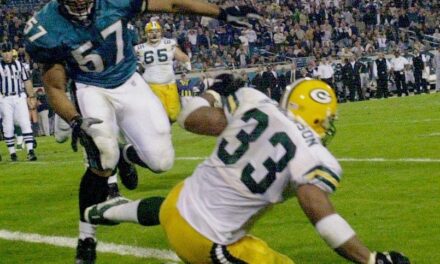