This is the next in a series of articles providing an in-depth analysis of each position group on the Green Bay Packers. Today, we will examine the edge linebackers.

Click here to see our analysis of the quarterback position. Click here for an in-depth look at the Packers running backs this season.  The defensive line analysis can be found here and tight ends here.

The Packers had to deal with the loss of Pro Bowler Za’Darius Smith after Week 1 but other players stepped up and some new acquisitions became a big part of the defense’s overall success.

Green Bay finished the season with 38 sacks which ranked them 16th in the NFL.

Here are the grades for the Packers outside linebackers/edge rushers in 2021. The marks are based on a combination of expectations and performance.

Preston Smith returned to the team after having his contract reworked in the offseason. He stepped up and delivered a strong year in the absence of Za’Darius. Preston finished with nine sacks, 17 quarterback hits and nine tackles for loss. He was in on 38 total tackles, forced two fumbles, recovered two fumbles and broke up two passes.

Smith had a bounce back year after struggling in 2020. When the Packers reworked his contract during last offseason, his cap hit for 2022 went up to roughly $19.75 million. Unless they renegotiate his contract, he is unlikely to return to Green Bay next season.

Rashan Gary had a breakout season in 2021. The former Michigan star had a career high 9.5 sacks, 47 total tackles, eight tackles for loss and 28 quarterback hits. Few players supplied as much consistent pressure on opposing quarterbacks as Gary did this season. He also forced two fumbles and recovered another one. Gary did not qualify for the Pro Bowl, but he played at a Pro Bowl level.

Za’Darius Smith played in the season opener against New Orleans before going on the injured reserve with a back injury that required surgery. He returned for the playoff game and registered a sack on the opening series. This was mostly a lost season for Z who earned Pro Bowl honors in his first two seasons in Green Bay after recording double-digit sack totals.

When he’s healthy, Za’Darius is a very effective pass rusher and a leader in the locker room. Like Preston, his cap number for 2022 is excessive after the Packers reworked his contract last offseason. He may have played his last game with the Packers unless he and the team can work out a new, more cap friendly deal.

Jonathan Garvin played in 16 games and started one. He finished the season with 19 total tackles including 1.5 sacks, five quarterback hits and one tackle for loss.

Garvin had more production and showed more promise this season than in 2020 but still needs to provide more consistent pressure on the quarterback when he is plugged into the lineup.

Tipa Galeai started the season on the practice squad and was placed on the active roster midseason after injuries struck at edge. He saw action on defense for the first time in his career this season and recorded 12 total tackles and his first career sack. Galeai played 152 snaps on defense.

The former Utah State star has good quickness but lacks the size to consistently hold up at the point of attack especially against the run. He is still a work in progress but hopes to compete for an expanded role in training camp next season.

Whitney Mercilus was signed midseason and played four games for the Packers before getting injured and missing the rest of the regular season. He gave the Packers defense excellent depth and showed he can still rush the passer when given spot duty. He recorded one sack, one tackle for loss and two quarterback hits.

Mercilus returned for the playoff game against the 49ers but was only able to play 12 snaps. He could add depth to the Packers edge rushers if he’s willing to return at a reasonable salary for 2022.

The Packers re-signed Ladarius Hamilton who played six games for the team on the edge. Hamilton showed the ability to pressure the quarterback and was credited with two quarterback hits and three total tackles in just 64 defensive snaps.

Ray Wilborn spent the season on the Packers practice squad and was re-signed to a futures contract after the season ended. The former Ball State star missed time in training camp due to Covid but was able to show the coaches enough this season to get a chance to make the squad in 2022.

This unit was effective at getting pressure on the quarterback but struggled at times to keep contain on running plays. With Za’Darius Smith and Preston Smith not certain to return, there could be significant changes at this position entering next season. Look for the Pack to try to keep at least one of the Smiths to pair with Gary next season and then to add some depth to supplement their production. 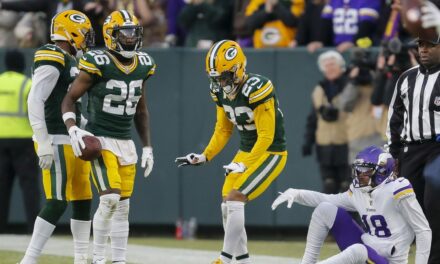 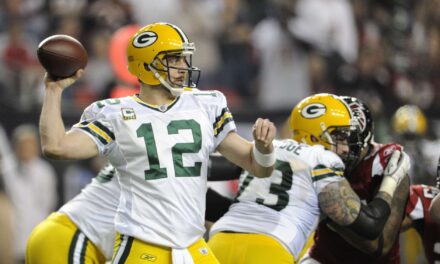