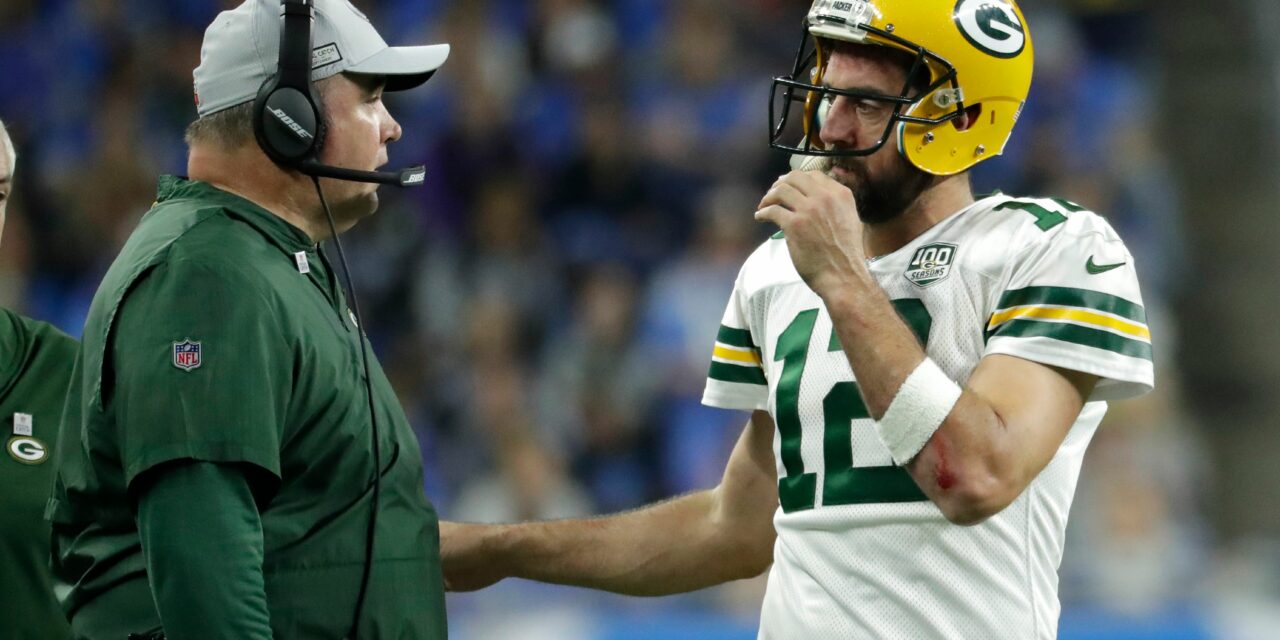 Mike McCarthy is one of the most successful coaches in the history of the Green Bay Packers. This Sunday, he returns to Lambeau Field as coach of the Dallas Cowboys in what promises to be a memorable game for McCarthy and many of his former players who are still with the Packers.

McCarthy admitted he was looking forward to this game. “Coming back to Lambeau Field, it’s one of a kind,” he told reporters on a conference call earlier this week. “I just told them to embrace the opportunity, but at the end of the day we’re focusing on the team we’re competing against.”

In 13 seasons with the Packers, McCarthy led the team to six NFC North titles, nine playoff appearances and a Super Bowl title in 2010. The Packers made the playoffs eight straight times from 2009-2016 and McCarthy’s overall record as Packers head coach was 125-77-2. The 125 wins places him second all-time in franchise history behind the great Curly Lambeau.

During his time with the Packers, McCarthy was the architect of one of the best offenses in the NFL. His first two seasons, he had Brett Favre as his starting quarterback, followed by Aaron Rodgers who took over in 2008. The Packers reached the NFC Championship Game four times under McCarthy’s leadership and enjoyed a franchise best 15-1 record in 2011.

The Packers let McCarthy go late in the 2018 season when the team had a second straight losing season. After sitting out the 2019 campaign, McCarthy joined the Dallas Cowboys as their head coach in 2020. Last season, he led them back to the playoffs with a 12-5 record. This season, Dallas is off to a 6-2 start despite missing starting quarterback Dak Prescott for half of the season.

Although his departure from Green Bay wasn’t ideal, McCarthy still has fond memories of his time in Green Bay and of Packers fans. He remembered the way Mike Holmgren was treated by fans the first time he returned to Lambeau Field as coach of the Seahawks.

“It’s a fanbase that loves their team,” McCarthy said. “I thought the crowd treated him [Holmgren] with respect. It’s a really special place that way. I would be all for a very positive reception.”

There were stories that there was a falling out between McCarthy and Rodgers about play calling and how to best run the offense and that contributed to McCarthy’s firing. But Rodgers has indicated he is looking forward to facing McCarthy on Sunday.

“I’m gonna give him a big old hug, I can tell you that much,” Rodgers said on “The Pat McAfee Show” this week. “I’m excited to see Mike.”

Rodgers was also hoping McCarthy got a positive reception from Packers fans on Sunday. “I know it means a lot to him to come back. I really hope the reception for him is as warm as it needs to be,” Rodgers said. “He meant a lot to the town for 13 years, was a big part of our success, obviously as the head boss he’ll be in the Packer Hall of Fame at some point.”

Present Packers head coach Matt LaFleur also has a lot of respect for McCarthy. “[I’ve] Certainly got a ton of respect for him,” LaFleur added. “Shoot, I’ve worked with a lot of guys who worked under him and they all have the highest amount of respect for him as a man, as a football coach. Obviously, he’s done a lot of great things over the course of his career. … Anytime somebody’s able to win a Super Bowl, I think you can’t ever take that for granted.”

The previous coaches are 2-1 in their return games against Green Bay. The Packers defeated Lambeau’s team 35-20 in Week 2 of the 1952 season. Infante’s Colts upset the Packers in 1997 41-28 to win their first game of the season after an 0-10 start. The Packers finished that season 13-3 and returned to the Super Bowl for the second straight year. Holmgren’s Seahawks beat the Packers 27-7 at Lambeau Field.

The Packers can really use a victory on Sunday after losing their last five games. A win over McCarthy and the Cowboys would certainly give the team a jolt of confidence and a chance to get the season back on track.