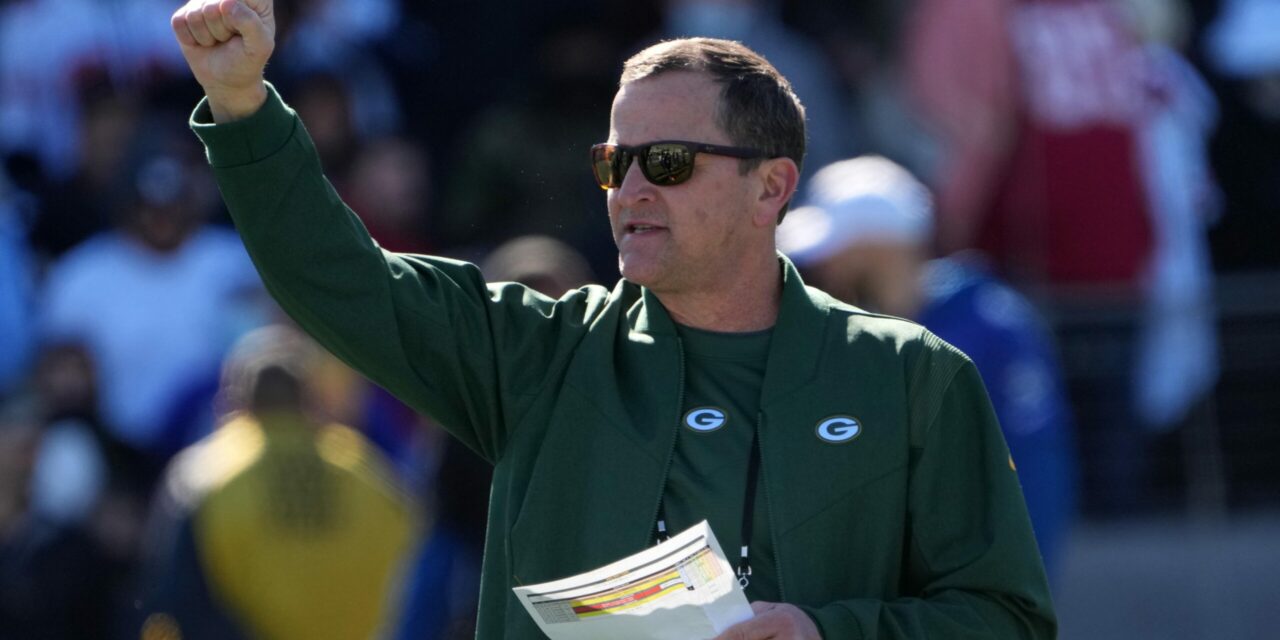 The time has come for the Green Bay Packers to move on from defensive coordinator Joe Barry. After the Packers 40-33 loss to the Philadelphia Eagles on Sunday Night Football, it has become clear that Barry just isn’t getting the job done as the team’s defensive coordinator.

The Packers defense had an embarrassing performance in Philadelphia. They gave up 500 total yards of offense to the Eagles including 363 yards on the ground. The Packers have been in the NFL for more than 100 years and this was their third worst performance against the run in franchise history. The only two that were worse came in 1955 when the Bears gained 406 yards rushing and in 1977, when Walter Payton helped the Bears gain 375 yards. Back then, teams passed a lot less and ran a lot more.

How bad did it get against the Eagles for the Green Bay defense? Philadelphia quarterback Jalen Hurts gained more than 100 yards in the first quarter.

The Packers knew Hurts was a threat to run the football, but they played a lot of man defense which gives running quarterbacks large amounts of open field when linebackers follow receivers who head downfield. It doesn’t take a great football mind to know if you play man-to-man, running quarterbacks can have a field day. But Barry didn’t plan for it properly and didn’t adjust quickly enough once it was clear Hurts was exploiting the defense.

As a team, the Eagles averaged 7.4-yards per carry and had 11 runs that gained 10 or more yards and six runs that picked up more than 15 yards.

Keep in mind, Barry and the Packers coaching staff had extra time to prepare for this game since they played last Thursday. They clearly did not put the time to good use. The Eagles offense had struggled in their last two games, scoring just 21 points in their loss to the Commanders and 17 points in their win over the Colts. They got well against the Packers defense in a hurry.

Then there were the missed tackles. Pro Football Focus said the Packers had 16 missed tackles in this game. The Packers coaching staff said they had 15. Regardless of which stat is accurate, the number is far too high. Missed tackles are caused by some combination of players not being in the right position or not feeling confident in the defense. Either way, something is wrong.

The previous game, Barry was also outcoached. The Packers went all in to stop Titans running back Derrick Henry. The defense did slow down the Titans star running back but was so vulnerable to the pass that Ryan Tannehill completed 81.4 percent of his passes for 333 yards and two touchdowns while Henry completed both of his passes including one for a touchdown. Again, Barry was outcoached and the defense failed to execute well.

The defense was supposed to be the stronger part of the team this season, especially early on while Aaron Rodgers adjusted to his new receiving corps and players like Robert Tonyan, David Bakhtiari and Elgton Jenkins returned to form from serious, season-ending injuries.

This offseason, GM Brian Gutekunst went out of his way to reinforce the defense. The Packers used both of their first round picks on that side of the ball, selecting linebacker Quay Walker and defensive lineman Devonte Wyatt. The Packers re-signed All Pro linebacker De’Vondre Campbell and cornerback Rasul Douglas and made Jaire Alexander the highest paid cornerback in the league. They also added free agent defensive lineman Jarran Reed.

But it just hasn’t worked. The list of Packers players who have had disappointing seasons this year includes Kenny Clark, Campbell, Eric Stokes, Darnell Savage, Adrian Amos and Alexander.

Yes, injuries have played a part. Rashan Gary, the team’s best pass rusher, has been lost for the season with an injury. Stokes is likely out for the rest of the season and Campbell has missed the last four games.

But the problem is much bigger than that. The players don’t seem to be put in positions that maximize their talents. Douglas, for example, was put in the slot where his lack of elite speed was a real problem. Alexander was rarely lined up against the opponent’s best receivers and the safeties had serious issues with tackling and with when to pass a player off to a teammate when they were playing zone.

The defense was rarely able to stop the run and often played soft zones that allowed completions for first downs on key third down plays where defensive backs gave cushions of eight or nine yards on 3rd-and-6 situations.

After the Eagles game, Amos, an experienced veteran who has been a part of some very good defenses during his career, was asked if the defensive game plan was the right one. “Well, we gave up 40, so I guess not,” he answered.

Everybody expected the Packers to be a top five defense this season or at least a top 10. Through 12 games, they are 22nd in the league in points allowed and 16th in the league in yards allowed per game. Those are hardly numbers of a defense that can carry a team while the offense gets healthy and adjusts to new personnel.

I never like calling for a coach to get fired, especially midseason. Barry comes across as a good guy and he clearly cares about the players. But he isn’t getting the job done and giving up 363 yards on the ground is something that should only happen when Alabama plays a small college team in an early-season warmup game.

The Packers need to promote Jerry Gray to interim defensive coordinator and see what he can accomplish over the last five games. They can also get a head start on their search for their next DC if they feel Gray isn’t the man for the job. It is clear Barry shouldn’t be back next season so why prolong the inevitable and let’s get a head start on the future of the defense.

This season has been a major disappointment for the Packers defense. It’s time to move on from Joe Barry and give someone else a chance to turn around what on paper looks like a talented unit that has a chance to be elite. Why prolong the inevitable?