The Green Bay Packers scored 21 in just 3 ½ minutes in the fourth quarter to complete a 27-17 comeback win over the Vikings in Minnesota. The game also featured one of the most memorable catches in Packers history even though the play did not result in a touchdown.

Quarterback Lynn Dickey entered the game in relief of a struggling Jim Zorn late in the first half and helped engineer the comeback. Dickey finished the game completing 9-of-11 passes for 135 yards and a touchdown. Eddie Lee Ivery ran for 111 yards and caught a touchdown pass to help complete the comeback while wide receiver Phil Epps caught six passes for 118 yards to help pace the offense.

The 1985 Packers were a team in transition as head coach Forrest Gregg started to put his own stamp on the team in his second season coaching the team. They entered this Week 10 clash at the Metrodome with a 3-6 record while the Vikings were 5-4. Green Bay desperately needed a victory to keep their fading playoff hopes alive.

The game did not get off to a good start for the Packers as the Vikings took an early 7-0 lead on a one yard run by running back Ted Brown.

The Packers responded with two field goals by Al Del Greco and trailed 7-6 at the half. Late in the second quarter, Gregg removed Zorn, who finished the game 5-of-13 for 75 yards and couldn’t seem to get the offense going.

Needles to say Zorn wasn’t pleased with the decision. “If things were in chaos, leaving the game wouldn’t be that bad,” said Zorn. “I was disappointed to be taken out because we were moving the ball.”

In the third quarter, the Vikings added to their lead on a four yard touchdown run by speedy Darrin Nelson. Early in the fourth quarter, former Packer Jan Stenerud booted a 24-yard field goal to make the score 17-6 Minnesota.

The Vikings were able to move the ball on the ground against the Packers and Nelson had a career-high 146 yards and a touchdown on 21 carries for the game.

But Dickey and the Packers started their comeback in the fourth quarter. First, Gerry Ellis scored on a one-yard plunge to cut the lead to 17-13 with 7:27 left in the game. Dickey completed passes of 18 and 24 yards on the drive.

After a Vikings punt, Dickey led the Packers downfield again on the most unusual 63-yard pass to Epps. He hit Epps running down the right sideline after he outran defensive back Carl Lee to get open. Epps ran down the sideline but was off balance and tried to stay in bounds. At the 15, Epps started hopping on his right foot. He hopped all the way into the endzone but was ruled out on the Minnesota five-yard line.

Two plays later, Dickey faked a handoff to Ellis and tossed an easy one-yard touchdown toss to Ivery in the right flat. The Packers led 20-17 with a little more than four minutes left.

On the ensuing drive, Vikings quarterback Tommy Kramer was intercepted by Packers safety Mark Murphy who returned the pick 50 yards for the final points of the game. That gave the Packers three touchdowns in 3 ½ minutes.

“If I had weighed 100 pounds less, maybe I would have caught him,” Vikings offensive tackle Curtis Rouse said after the game. Rouse weighed 318 pounds and was no match for a safety, even one as slow as Murphy.

The comeback win left the Packers already unsettled quarterback situation even more uncertain. Dickey struggled early in the season and asked to be relieved as the starter. Zorn and Randy Wright both got starts during the year, but neither played as well as Dickey.

“He’s a good quarterback with a good arm and has good presence of mind,” Gregg told reporters after the game. “I never questioned his ability as a quarterback.”

“I’ll do whatever coach Forrest Gregg wants me to do–start or relieve,” Dickey said.

Vikings coach Bud Grant was also impressed with Dickey. “He’s good. He’s getting paid, what $800,000 a year? He’s not getting that to sit on the bench.”

Dickey regained the starting job and threw for 302 yards and two touchdowns in a win over the Saints the following week. Dickey started the next three games with his last game being the famous “Snow Bowl” on December 1 against Tampa Bay. He was released in training camp the following summer.

The Packers finished the 1985 season with an 8-8 record and missed the playoffs. Gregg continued to clean house, releasing more of the players Bart Starr, his predecessor as Packers coach, had on the team. The Packers fell to 4-12 in 1986.

But the lasting memory of this game remains Phil Epps hopping down the sideline and attempting to stay in bounds. It played on many NFL Follies films and still produces laughs when people see it. 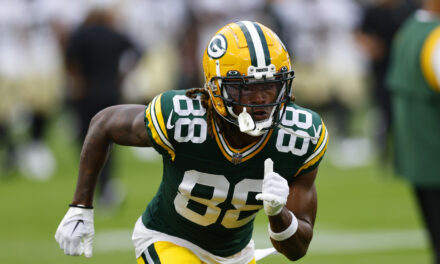 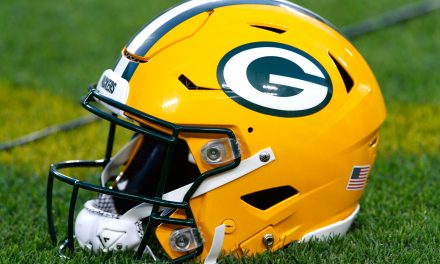