Now that Aaron Rodgers has announced that he’s returning to the Green Bay Packers for 2022, what does this mean for Jordan Love? The former first-round pick from Utah State is entering his third NFL season, but barring an injury to the reigning NFL MVP, Love is unlikely to see the field often while Rodgers remains in Green Bay.

So, what should Packers GM Brian Gutekunst do about Love? The team has several options to consider.

The easiest option is to keep Love and leave him as the number two quarterback again in 2022. Love will be in his third season in the Packers system and he is familiar by now with Matt LaFleur’s offense and the team’s personnel.

The good news is that Love won’t cost the Packers much under the cap. According to overthecap.com, Love will carry a cap hit of approximately $3.37 million this season. That’s not a high number for a quarterback, especially a former first round pick who most scouts believe has the talent to develop into a starter if he gets the right coaching and is in the right system.

The 2022 campaign would be Love’s third behind Rodgers, the same number of seasons Rodgers spent backing up Brett Favre from 2005-2007.

Love is on his inexpensive, entry-level contract for 2022 and 2023, so the Packers can afford to keep Love on the roster as an insurance policy for those two years. After that, the cost to retain him would go up significantly.

It would almost certainly cost more money to bring in a better backup quarterback who could help the Packers win if Rodgers had to miss significant time with an injury. The Packers could easily stay put, see what Love does in training camp and in the preseason and allow him to stay on the roster.

Part of this will depend on how long Rodgers intends to play. While Ian Rapoport reported Rodgers will sign a four-year deal worth a total of $200 million (terms Rodgers denied), that doesn’t necessarily mean AR-12 intends to play for entire four years. This could be a two-year deal with two void years or any other combination. If Rodgers told the Packers he intends to retire in two years but will sign a four-year deal to help the Packers get cap relief in 2022, keeping Love around makes more sense.

But if Rodgers intends to play three or four more seasons, keeping Love around starts to make less sense. Of course, knowing Rodgers, he could change his mind several times between now and next offseason, but once the Packers have a better idea what Rodgers plans to do, they can figure out what makes the most sense regarding Love.

The Packers could also figure that Love’s trade value may never be higher. The 2022 NFL Draft lacks a strong quarterback class and many scouts have said that Love would be the top-rated quarterback if he were coming out in this year’s draft.

The free agent class isn’t so strong either with no real franchise quarterbacks scheduled to hit free agency this offseason.

After Rodgers announced his return to the Packers, we have already seen the Broncos pay a large ransom for Russell Wilson and the Washington Commanders acquire the mediocre Carson Wentz from the Colts. In short, the supply of quality quarterbacks is significantly smaller than the demand for them.

So, some team may be ready to take a calculated gamble on Love, a player who already has two years of NFL experience, rather than drafting a raw rookie with less upside and having to develop him from scratch. He would also have more potential upside than a veteran journeyman with some starting experience like Marcus Mariota.

What could the Packers get for Love? That’s the key question. The Packers spent a first round pick on Love and traded a fourth-round pick to move up four spots in the draft to get him. There is next to no chance the Packers would be able to get a first and a fourth round pick back in a deal for Love.

But because of the law of supply and demand, the market for Love may never be higher than it is this offseason. If the Packers can get a second or third round pick back for Love, it may be worth it to deal him. Next year’s quarterback draft class is considered stronger than this year’s and if Love spends the season behind Rodgers and barely plays, his value will only go down.

The best part of the situation right now is that Gutekunst and the Packers don’t have any sense of urgency. Gute can basically hold on to Love as a backup and insurance policy for 2022 unless another team makes him an offer he can’t resist. Any trade for Love would have to be a good or the Packers don’t have to make it.

As for Love, if he remains in Green Bay, he will have at least one more season to sit and learn and prepare himself if he’s called on to play due to injury or some other set of circumstances. It’s a situation Rodgers himself is all too familiar with.

Packers Getting Reinforcements at Key Positions In Time for the Playoffs 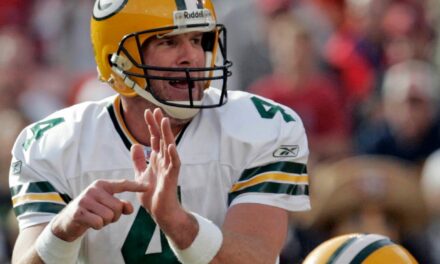