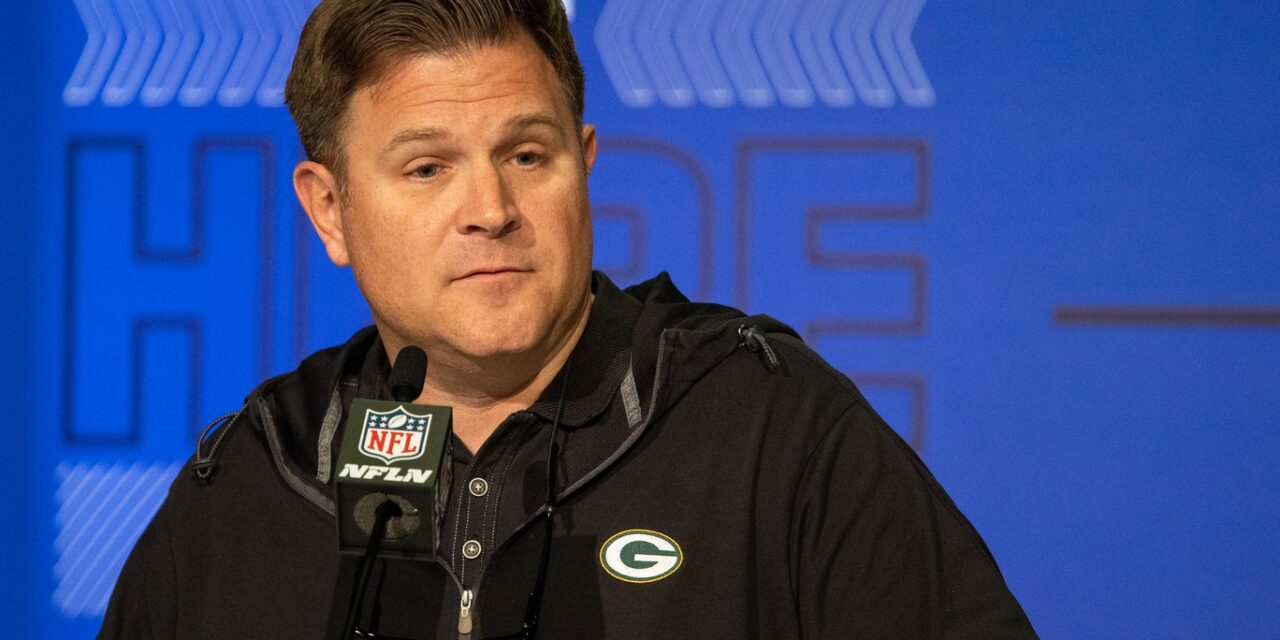 The NFL trade deadline passed on Tuesday afternoon and Green Bay Packers GM Brian Gutekunst did not make any deals to improve the team. While many fans are disappointed especially after the other teams in the NFC North made moves, trading future resources for anything but an elite player would not have been wise for this team in the long term.

The Packers most pressing need is at wide receiver. Injuries have depleted an already unproven group that lacked an established number one receiver. Randall Cobb remains on IR, Allen Lazard has missed two games already, Sammy Watkins has missed four. Rookie Christian Watson has missed three full games and most of last Sunday’s game in Buffalo with assorted injuries.

But would any of the wide receivers who were dealt been difference makers for the Packers this year? None of the players traded on deadline day fit the description of elite and proven number one receivers.

The name most often rumored to be on the Packers radar was former Steelers wideout Chase Claypool. But how much better would Claypool make the Packers this season? He may solidify the receiving corps until Lazard, Cobb, Watson and Watkins are all fully healthy and ready to play at full strength. He may have been a slight upgrade over the existing receivers.

But Claypool is far from an elite receiver. He would not be the next Davante Adams. Through eight games with Pittsburgh, Claypool has 32 catches for 311 yards and one touchdown. He was on pace to slightly exceed his career high of 62 receptions set back in his rookie year in 2020. Claypool wasn’t even the number one receiver on the Steelers. That honor belongs to Diontae Johnson who has 11 more catches than Claypool through eight games.

Claypool has never caught 100 passes in a season, never gained 1,000 yards receiving in a season, has never earned Pro Bowl honors. He is a good receiver but he is not a bona fide number one receiver at this point in his career.

In addition, once he arrived in Green Bay, he would need time to learn the Packers offense and to earn the trust of quarterback Aaron Rodgers. Is Claypool a slight upgrade for the Packers receiving corps? Yes. But is he a difference maker? Probably not.

Claypool did get traded on deadline day. Ironically, he was dealt to the Packers division rivals, the Chicago Bears. The cost: a second round draft pick. The Packers reportedly offered the Steelers a second round pick as well, but Pittsburgh’s front office believed that the Packers would finish this season with a better record than the Bears (even if the Bears acquired Claypool) and so they chose Chicago’s offer.

The Packers have a major rebuild ahead of them once Rodgers retires which could be after this season or after the 2023 campaign. They are already struggling to get under the salary cap and may have additional large dead cap hits from players like Rodgers, David Bakhtiari and perhaps even Aaron Jones.

Another receiver who was dealt at the trade deadline was Calvin Ridley who was traded from the Falcons to the Jaguars. But Ridley is presently suspended by the league for the entire 2022 season for betting on NFL games. He would not have been able to help the Packers this season and it would not have made sense to trade for him.

Giving up a second round pick for a good but not great receiver would only make sense if adding Claypool would not only help the Packers make the playoffs this year, but to go on a deep playoff run. While Claypool may help improve the receiving corps a bit later in the season, his addition will not improve the team’s issues along the offensive line, problems with play calling and the overall lack of identity of this offense. The problems on defense would also not be fixed.

The Packers went “all-in” the last few years to try to win another Super Bowl for Aaron Rodgers. That plan has not worked out. After this season, it’s time to move in a different direction.

In the short run, it’s frustrating to see the Bears add Claypool and the Minnesota Vikings add tight end T.J. Hockenson on the same day. But the Bears have much more cap space and the Vikings are a contending team that can benefit from the addition of one player at position of weakness. The Packers have too many holes to fill and major rebuild waiting on the horizon.

The Packers failure to make a deadline day deal was disappointing but that doesn’t mean it wasn’t the right thing in the long run.

Hall of Fame Has Special Meaning for LeRoy Butler